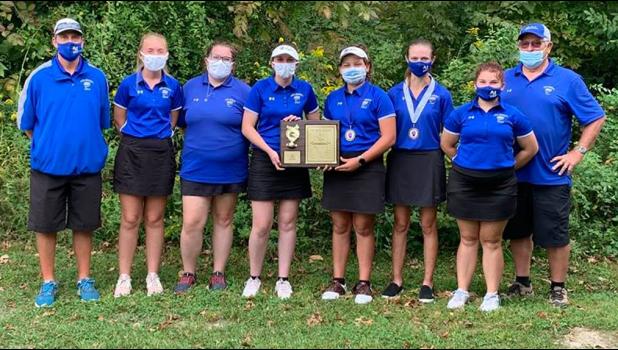 Marlee Smith led the Lady Wildcats to the title with a first place finish with an 89.

“We were able to get Nashville this year,” A-J golf coach Brandon Bierstedt said. “Last year, we lost to them by one stroke.”

A-J last won a conference championship during the 2007 season.

“The girls seem to amaze me every year,” Bierstedt said. “Marlee was a hard worker and the rest of them were, too.”

A-J, 9-1 overall, is scheduled to compete Thursday, today, at  the Union County Country Club golf course in Anna against Goreville.