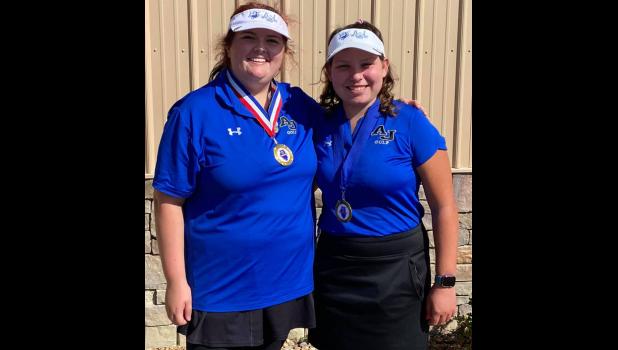 A-J finished in third place with a score of 413. Nashville won with a 380. Pinckneyville was second at 406.

In a three-team match played in Benton on Thursday, Sept. 23, A-J finished in third place.

Harrisburg won the event and host Benton was second.

A-J’s Smith took third place overall with a 40. Hawk was next with 48, followed by Gabby Flores 53, Ralls 54 and Reynolds and Hasty with 58 apiece.

The Lady Wildcats are scheduled to compete Thursday, today, at the West Frankfort regional.