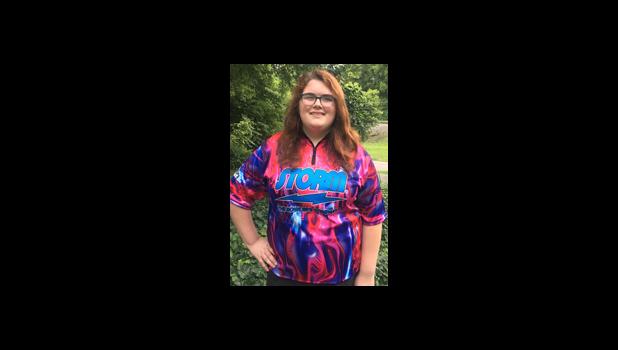 The Junior Gold Championships are an annual national tournament for the top male and female youth bowlers in the United States.

This year’s tournament in Detroit was scheduled to begin with a trade show on July 13 and opening ceremonies on July 14.

Madi qualified in March when she completed in a tournament sponsored by the Metro-East Youth Scholarship Tour at Bowl Haven Lanes in Alton.

She earned top honors in the U15 combined male and female division, which qualified her to participate in the 2019 Junior Gold Championships Tournament.

She also placed in the top four female bowlers across all divisions and advanced to final match play.

There, she competed with three other bowlers (all in the U20 division) and earned third place overall.

It’s been a busy year for Madi, who has competed in league play and individual tournaments, as well as playing on the Anna-Jonesboro Community High School team.

One of the highlights this year was achieving what is so far her high score of 289 at the IHSA 2018-2019 bowling sectionals at S.I. Bowl in Carterville.