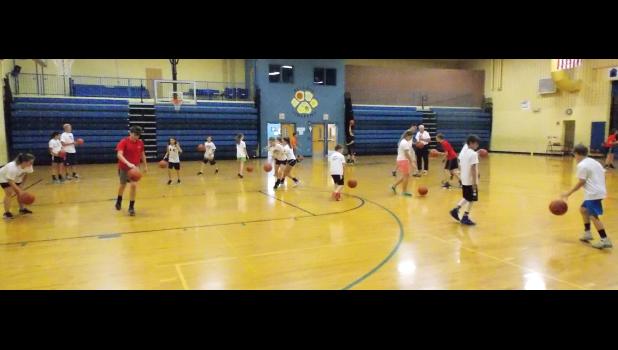 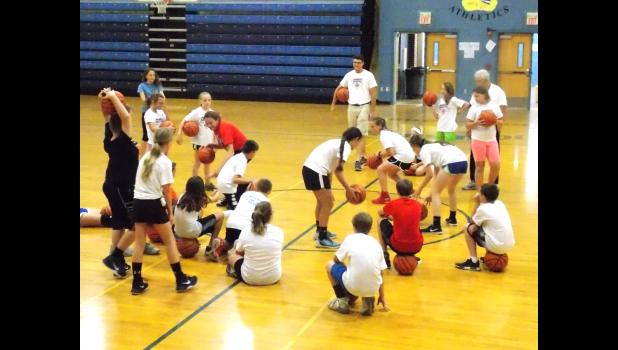 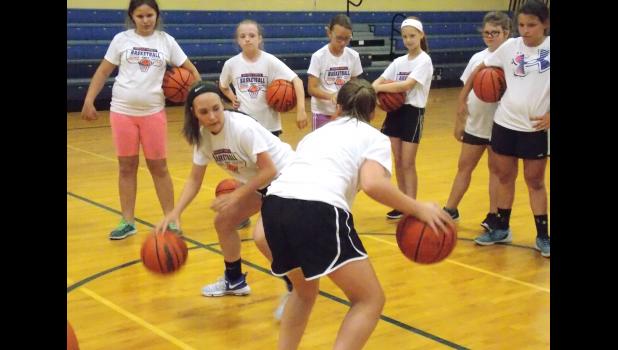 On June 18, more than 75 student athletes met for a four-day camp on the fundamentals of basketball and speed development related to most all sports.

The groups met in three sessions designed to meet the needs of student athletes of various ages.

Each session had on a daily basis approximately 22 to 25 student athletes.

The drills that the student athletes practiced are as follows:

“Cameron is a five time All-American high jumper from Southern Illinois University. I was so pleased to get Cameron to coach the camp. He is so knowledgeable with the game of basketball and speed development,” Coach Ron stated.

Cameron made the 1996 United States Olympic team that competed in Atlanta with a jump of 7’6’.5.

“Cameron was one of the hardest working players that I ever coached. One could tell that his work ethic would take him to higher levels. He also did more than we asked of him,” Coach Ron said.

Cameron has conducted many camps in track and basketball over the past 10 years in the Marion area.

Cameron was the head track coach at SIU in the 1990s. He is in the SIU Track and Field “Hall of Fame.”

Cameron is married and has two sons and a daughter. They now reside in Marion.

“I would like to thank the Jonesboro Grade School and staff for the excellent assistance they always provide,” Coach Ron said.

The adult coaches were Britt Roberts and Cameron Wright.

“Thank you to the wonderful parents and grandparents for your support in providing transportation for the children each day. Your commitment was appreciated,” he said.

Team photos will appear in The Gazette-Democrat in the near future.