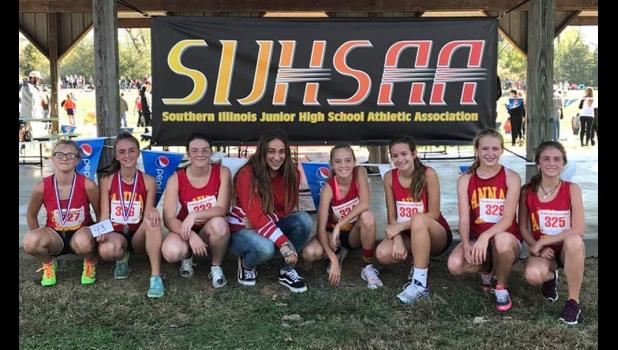 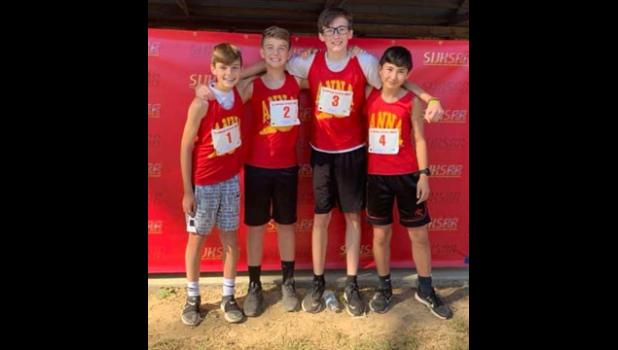 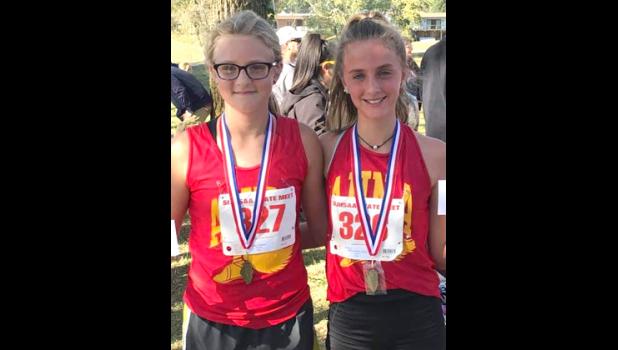 The Anna Junior High School Indians were in their first year of cross country this year.

The Indians team headed to Du Quoin on Saturday for the SIJHSAA Class L state championships.

The Lady Indians finished 12th as a team out of 42 large class schools, which is quite impressive in their first year, coach Matt Denny said.

Leading the way for the Lady Indians was Kayla Matuszewich, who came in 43rd with a time of 12:46.34.

Just behind Matuszewich was Raelynn Sadler, who finished 44th in a time of 12:46.85. Both Matuszewich and Sadler earned medalist honors.

Brooklyn Eastman was next for the Lady Indians at 108, finishing with a time of 13:42.

Tess Wilkins covered the course in 15:19 which was good for 205th place.

There were 247 runners in the girls’ race.

The Anna Indian boys’ team was led by Zach Henry, with a time of 12:00, which was good for 92nd. Henry was involved in a pretty good collision at the beginning of the race, which should have resulted in a restart, Denny noted.

Rounding out the team results was Foster Needling, with a time of 15:39.

The Indians had a very good season and look forward to growing their program and what the future holds, Denny said.