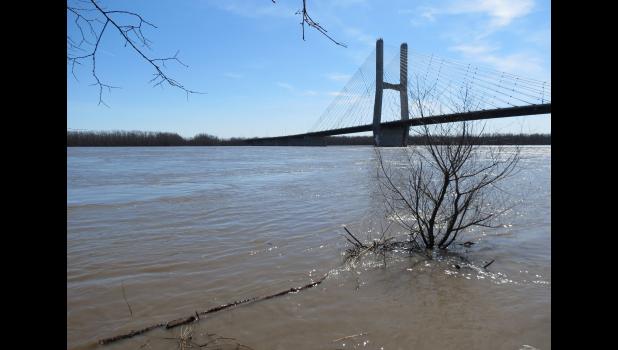 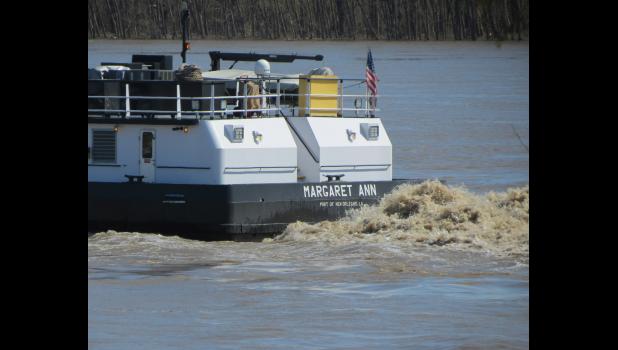 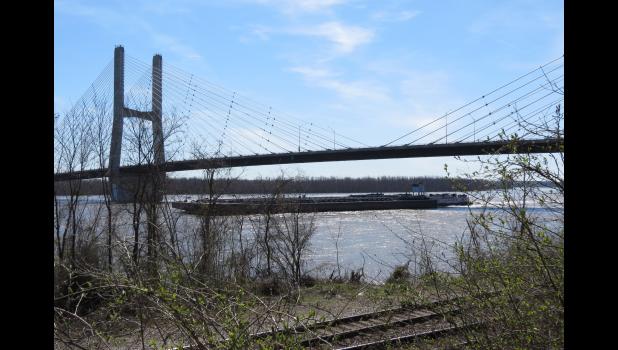 No matter how many pilgrimages we make to see it, the Mississippi River remains awe-inspiring.

One day last week, your writer had to make a road trip to Cape Girardeau, over in the Show Me State, for an adventure in the health care system. All went well. Actually, the doc said all was “great.”

Since yours truly had to be in the vicinity of the Mighty Mississippi River, I decided to make what turned out to be an up-close visit with the Father of Waters, which, yet again, is flooding.

This is not an unusual situation, but it sure seems like the Mississippi (and the other rivers in our little corner of the world) are flooding more often.

I got my first look at the river while heading west, from Illinois into Missouri. After the adventure in the health care system, I headed down to the river front. I found a parking place and made my way, somewhat ungracefully, since there was a fairly steep bank to negotiate.

I made my way down to the river, and got as close as I could get without actually getting my feet wet. Wise words spoken by The Other Half filtered through my simple little mind at the time: Please don’t fall in.

At the time of my visit, the sun was shining brightly in a bright blue sky. Such a sunny outlook was countered by the brown, rapidly moving water in the river.

I’ve seen the Mississippi River in flood stage many, many times, dating back to the early 1970s. As I noted earlier, the sight still inspires awe.

The flooding river is so powerful. As I stood along the river front, and watched the water move quickly south, the power which was being unleashed by the forces of nature was almost frightening.

A different kind of power also was part of my visit to the river front. This power was man-made, in the form of a towboat which was making its way north on the Mississippi. I find it pretty amazing to ponder the kind of energy which allowed the river vessel to push itself forward against the awesome forces of the river’s current.

After I got back to The Paragraph Factory, I decided to do a bit of a “refresher course” on the story of the Mississippi River. A quick Google search led me to the website for the section of the Great River Road which runs through the State of Minnesota. (Yes, I know, I could have continued searching and found information about the Great River Road in Illinois. Oh, well...)

The Great River Road, as you no doubt already know, is a highway along the Mississippi River, which runs through 10 states, from Minnesota to Louisiana. Part of the Great River Road can be traveled along Illinois Route 3 right here in Union County.

Some of the information which was posted on website is probably “old hat”:

The Mississippi River “is the centerpiece of the second largest watershed in the world, covering over 1.2 million square miles, and including tributary rivers from 33 states and two Canadian provinces.”

“It begins as a tiny brook in Minnesota’s northwoods, and 2,350 miles downstream empties in the Gulf of Mexico.”

“The Mississippi is, and always has been a working river. An average of 175 million tons of freight are shipped each year on the Upper Mississippi.”

“The Ojibway Indians of northern Minnesota called it ‘Messipi’ or ‘Big River,’ and it was also known as the ‘Mee-zee-see-bee’ or the ‘Father of Waters.’”

“The Mississippi River basin was formed by glaciers, moving and melting millions of years ago, which left in their wake sometimes miles-wide floodplains, that still fill up occasionally, covering towns, roads, farms, and everything else that might stand in the way of its mighty waters.”

And that brings us back to March and April of 2019. Once again, the mighty waters of the Father of Waters are on the rise. At such times, it’s worth thinking about the words of a rather famous fellow who had just a little bit of experience on the river: “The Mississippi River will always have its own way; no engineering skill can persuade it to do otherwise...” The words are those of Mark Twain. 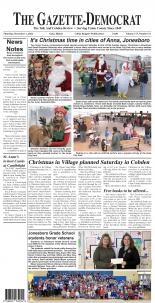