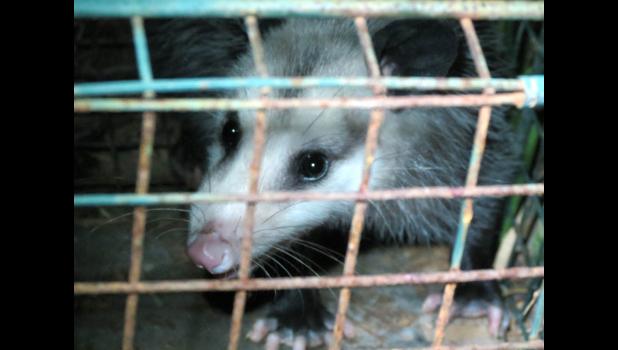 An unexpected visitor in the backyard...

...had to go outside first thing Monday morning to take care of frost on the windshield. Yup. Frost. On October 5. Seems just a little bit early. Wonder if that means it will snow on Halloween... Nah. That would never happen...

...your writer was above normal one afternoon last week. It was official.

Yours truly had an appointment scheduled with my dental healthcare provider. Arrived for the appointment a little bit early, just because that is what I do.

Went to the entrance of the clinic and had my temperature taken, which is the way of the world these days. Temperature was ABOVE NORMAL, which pretty much put an end to my plans to have a date with dental care instruments.

Went back home. Took my temperature about half a dozen times during the rest of the day. Couldn’t get it back to “normal.” Oh, well.

(Had to have my temperature checked again the next day when I paid a visit to the courthouse in Jonesboro. I was below normal. Which, after all, is normal.)

...we had an unexpected “catch” in a live trap we had set up in the backyard to nab a cat which has been spending a lot of time in our little corner of the world. The goal is to try to ensure that the cat, who is of the female persuasion, does not have any more kittens.

The live trap worked. In a manner of speaking. We ended up with a possum, instead of a cat. We let the possum go and watched it scurry away, quickly, into the dark of the night.

...learned that singer Helen Reddy died last week. Ms. Reddy, as you folks of a certain age may recall, was the artist who sang “I am Woman,” a song which has been called a feminist anthem of the 1970s. Well, that’s what I saw online.

Ms. Reddy, by the way, was from Australia. And I bring up her passing only to share a bit of a personal memory. Back in the day, yours truly was a student worker at the SIU Arena in Carbondale. My “job,” if what I did could be called “work,” involved helping the promotions manager at the Arena. The promotions manager, well, promoted SIU Arena events.

While I was “working” at the Arena, Ms. Reddy performed in concert at the venue. On the night of the concert, she and I crossed paths in the backstage area. She was doing whatever it is that singers do to get ready for a concert. No words were exchanged. She was famous. I was not.

My job as a student worker at the SIU Arena also gave me another chance to sort of meet a relatively famous Australian woman who also made a career as a singer...and actress, too...her name was Olivia Newton-John.

Went to the airport near Marion to meet Ms. Newton-John and her band and transport them to Carbondale. I was hoping to be the driver who got to bring her to Carbondale. But, I was low person on the totem pole. Got to drive her band, instead. Oh, well.