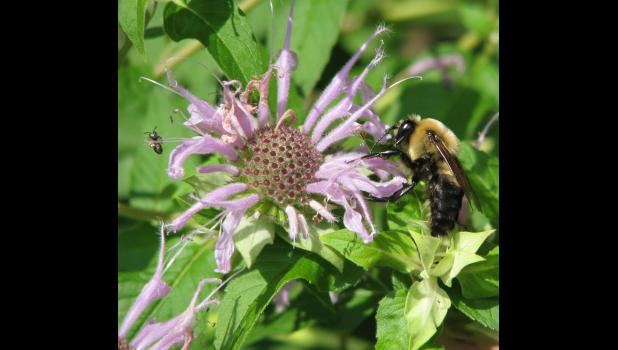 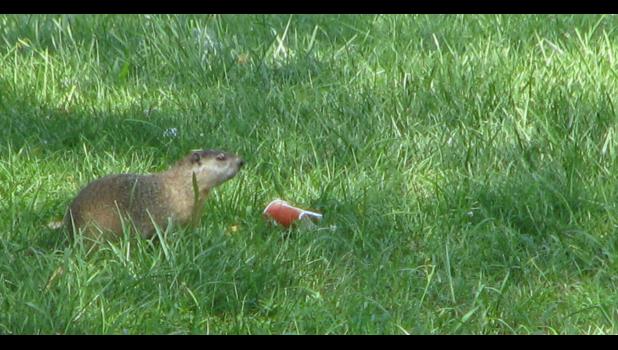 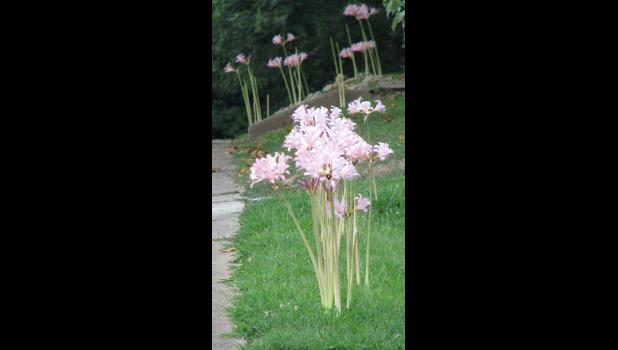 Two bees, or not two bees? 'Nekkid ladies,' too

What happens when yours truly has too much time on his hands?

To tell you the truth, yours truly does not have too much time on his hands very often. However, last week, one thing kind of led to another, and pretty soon...well, you're about to read what happened...

First up, we had another Chuck the Woodchuck (or Groundhog) sighting one day last week. Looked like Chuck might have been having lunch when I spotted him. Well, it was lunch time when I saw him. At least Chuck didn't run out in front of a giant garbage truck this time.

Turns out the answer is..."about 700 pounds," at least according to that fabulous internet resource, wikipedia. Seems that a fish and wildlife technician in New York, where there apparently is nothing better to do, "had calculated the volume of dirt in a typical woodchuck burrow and had determined that if the woodchuck had moved an equivalent volume of wood, it could move 'about 700 pounds on a good day, with the wind at his back'."

My extensive research also uncovered a little gem. Seems there was a woodchuck song, ironically called "The Woodchuck Song," which was written in 1902 for a musical called "The Runaways." Another version of the song followed, for reasons unknown, in 1904.

Guess what: You know the chorus to this older than oldie song...a one...and a two...and a three..."How much wood could a woodchuck chuck if a woodchuck could chuck wood?"

"It must hold the title of the most common names for any plant," Illinois state Master Gardener coordinator Sandra Mason wrote in a posting which appears on the University of Illinois Extension website.

Another article posted online, written by Gerald Klingaman, a retired University of Arkansas Extension horticulturalist with an ornamentals specialty, explained that "nekkid ladies" are native to southern Japan, where they have been cultivated for centuries but could never be made to wear clothes.

Seems that the lilies were introduced in the United States around 1880. How they got to Union County, I do not know. I'm guessing some sort of hoochy koochy show, or maybe a vaudeville act which got lost on the way to St. Louis.

A bit of a personal note...thank you to the folks who shared some kind words last weekend about what we do here at The Paragraph Factory. Your comments mean more than any awards which we might receive...

As I've noted before, such mistakes drive the editor (that would be me) crazy, especially when the person who typed the typo would be me, which it was. I'm not sure if any of the folks in the drum and bugle corps would have seen the gaffe. To them, the editor says sorry...