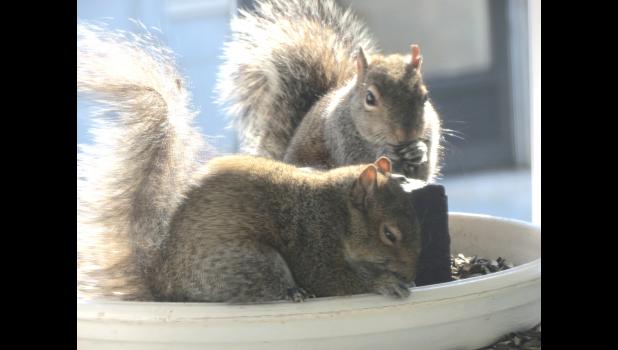 Fri, 02/21/2020 - 5:52pm admin
Please read this...
By:
Geof Skinner
Even in my groggy, early morning state of semi-consciousness, it became pretty obvious that the toaster was not going to function in the usual manner. Was my breakfast going to be toast?

Isn’t there some sort of rule that says if things are going to break, there will actually be three things that break?

One morning last week, yours truly began the day by stumbling through the usual morning routine, which included making a pot of coffee and a couple of slices of toast for breakfast.

Half awake, which is always a good thing when one is getting ready to drive, I put two slices of wheat bread in the toaster and pushed down on the handle, or whatever the thing is called.

Instead of doing what the toast usually does, and had successfully done, for lo, these many months, the two slices of bread popped back up.

Even in my groggy, early morning state of semi-consciousness, it became pretty obvious that the toaster was not going to function in the usual manner. Was my breakfast going to be toast?

Turned out that if I pushed down whatever the thing is called on the toaster which allowed the toaster to toast, then the bread would actually toast. Breakfast was saved. The toaster, not so much.

The toast, as it turned out, would be one of three appliances in our humble abode which more or less bit the dust last week. Our clothes dryer pretty much bid us a fond farewell. The dryer was accompanied, to a lesser degree, by the clothes washer.

We’ve had some concerns about the dryer for about a month or so. Mostly, the dryer didn’t dry things. The Other Half checked and determined that we could get the dryer repaired. For approximately the cost of purchasing a new dryer.

The clothes washer was still functioning. However, The Other Half said she determined something needed to be done after she heard the sound of “shrapnel” coming from the machine.

(During the course of the many years The Other Half and yours truly have spent together, there was a time when we had neither a clothes washer nor a clothes dryer. In some cases, the Good Old Days might have actually been good. We do not count the absence of a washer and dryer to be the Good Old Days.)

Finding a new toaster was pretty easy. On the day that the soon-to-be toasted toaster toasted its last piece of toast, I was able to find a replacement at a local retailer. Shopped local.

To be honest with you, I’d never really paid much attention to the many features of the toaster I use. Early in the morning, I don’t pay attention to much of anything. Apparently, the toaster has something called “toast boost” and even “coordinates well with any type of kitchen decor,” which, in our case, would be “old.”

Acquiring a new clothes washer and clothes dryer took a little bit more work than just heading to the store and picking the appliances off the shelve. Fortunately for us, The Other Half is very good at such challenges. She eventually found a washer and dryer which I believe were made in Wisconsin. I did not check to see where the new toaster was made. I’m guessing that it was not in Wisconsin.

The new major appliances were to have been delivered to our abode on Monday. At the time that this was being written, I did not know if they had arrived.

I am going to check and see if the new dryer has a setting for toast. Never know when you might need a backup plan...

(A bit of a follow-up...the clothes washer and clothes dryer did not arrive as scheduled on Monday, which was a bit disappointing. All I could do was hope that the toaster kept on working for another day.)