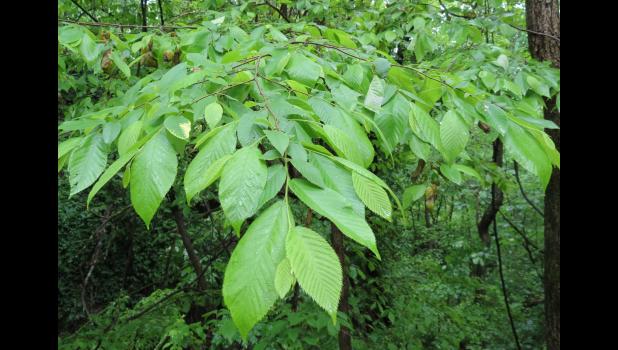 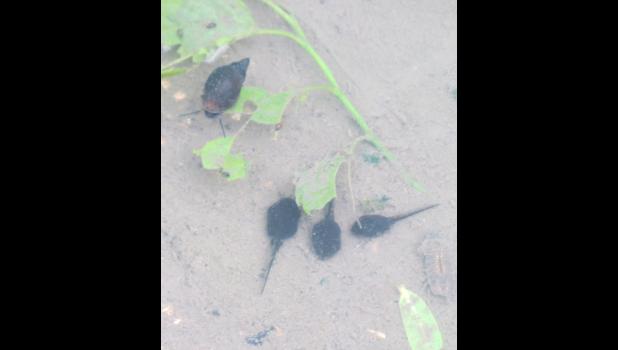 A spring time walk along the trail...

Thank goodness for the little things...and some of the big things, too...

These days, it sure seems like the little things mean a lot. For example, last Friday morning, yours truly made a quick visit to one of our local retailers. Had to pick up a few essentials...as in Goldfish crackers.

As I walked into the store, I spotted a fellow who was delivering some of the other essentials of life, such as potato chips and other goodies. The delivery guy was wearing a beat up St. Louis Blues ball cap.

I waved to him and tried to talk a little bit of hockey through the now somewhat fashionable, at least in some circles, face covering. He was wearing similar attire.

We agreed it was disappointing that the Blues’ season, like so many other things these days, had come to a rather abrupt end thanks to a nasty player named COVID that is wearing uniform number 19.

Last year, the Blues won the Stanley Cup. Their first Stanley Cup. Ever. For some of us “long suffering” fans of the team, the championship was a dream come true.

Now, nobody really knows when, or if, the Blues will resume playing. The guy who was delivering snacks last Friday morning had a good point, though. If the NHL season doesn’t resume, the Blues get to be defending Stanley Cup champions for another year.

If you haven’t had a chance to get out much since, oh, maybe the middle of March, I thought I would give you a virtual field trip of sorts. I say “of sorts” because it’s not really a field trip and it’s not even virtual...but you can at least pretend to go for a walk...

Last Friday, I journeyed to metropolitan Alto Pass to take care of some weekly business involving high finances. After that good stuff was finished, I decided to see if it was “safe” to take a walk along the Quetil Trail.

The last couple of times I had been in Alto Pass, I had thought about taking a walk along the trail. So had lots of other folks. Which is fine. However, given the ways of the world right now, it just seemed prudent to make plans to take that walk on another day.

Last Friday the weather was gloomy and gray. Nobody was on the trail. So, we took a walk.

A sign along the trail, with an appropriate message reading “Along the Trail,” advises that visitors “will have a chance to see many forest inhabitants.”

“Please be careful,” the sign cautions: “rattlesnakes and copperheads also live along the trail.” Wise advice.

Truth be told, though, I did not see any squirrels. Not a one. Not a deer. Not a fox. Not a raccoon. Not a possum (or an O-possum). Or a turkey. Or a turtle. Or a lizard. Or a snake.

However, I was joined on my walk by some new-found friends. Tiny, winged creatures which seemed to have purpose: to buzz around my face and occasionally land to bite me. The bugs were to be commended for their persistence.

(Apparently, they followed me home, too. Sure were a bunch of ‘em in our backyard last weekend.)

In addition to the tiny,  flying, blood-sucking vampire bugs, I also saw lots of tadpoles, and even a snail, in some water which was standing along the trail.

Then, it was time to go back to the real world, where, it seems, there is still some sort of pandemic going on...

And now, once again, here’s a weekly supply of some of the worst puns ever, as discovered during intense research on the bestlifeonline.com website:

Thursday: A police officer just knocked on my door and told me my dogs are chasing people on bikes. That’s ridiculous. My dogs don’t even own bikes!

Friday: I wanted to take pictures of the fog this morning… But I mist my chance. I guess I could dew it tomorrow!

Saturday: Why did the scientist install a knocker on his front door. He wanted to win the No-bell prize!

Sunday: What should you call an average potato? A commen-tator!

Monday: Did you hear about the guy who got hit in the head with a can of soda? He was lucky it was a soft drink!

Tuesday: I can’t believe I got fired from the calendar factory. All I did was take a day off!

...disappointing news...at least for those of us who like to read...