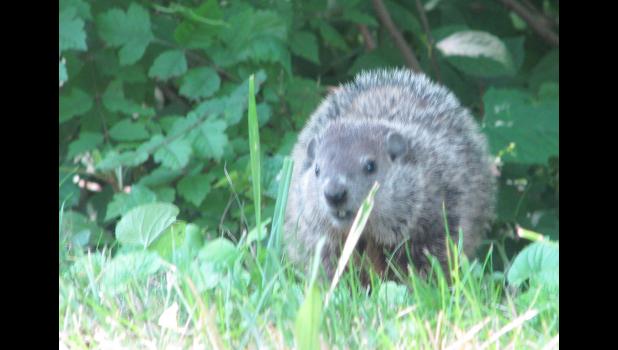 Thank you for asking.

To be honest with you, to wax philosophical was one of those things I've heard hundreds of times on the Journey Through Life. Well, maybe a few times.

Nowadays, thanks to the wonders of modern technology, many of us have a valuable tool which allows us to waste more time than one would think is possible.

You know what I'm talking about. Yup. The internet. More specifically, Google, which was invented either by Al Gore or a guy named Barney with goo-goo-googly eyes.

While I was waiting for the server at The Paragraph Factory to resume operations last Friday morning, I had a choice: Sit around for hours and stare at the screen on my laptop, or, maybe, actually do some work.

Thanks to a series of almost unfortunate events, my simple little mind channeled in the direction of wanting to wax philosophical. With that in mind, I asked myself: What exactly does it mean to be waxing philosophical.

Well, Mr. Google had the answer for me. Actually, Mr. Google had about 226,000 results. I looked at one of the first results on the list. A website called quora.com. I am sure quora means something that matters, but I did not care at the moment.

A fellow named Frank shared that "'waxing' means growing increasingly strong or intense in a certain direction, in this case in philosophical insight."

Whew. That's making a big leap, to suggest that a journalist might be capable of insight. It's kind of like suggesting that journalists have souls. Based on an insight I had one evening last week while having a turkey sandwich for dinner, I determined that journalists don't have to worry about losing their souls, 'cause we don't have any.

Frank even shared a definition of "wax" which involved neither candles, bees or ears. The word "wax," in verb form, means to "grow bigger or greater." "Wax" has its origins in an Old English word, "weaxan," which means to increase, grow; which came from a Proto-Germanic word, "wahsan," which, to make things easy, means the same thing; which, in turn, came from a Greek word "auxein," which, in turn, means groundhog.

I made up the groundhog thing. The rest of the stuff is true. It has to be. I found it online.

Well, now that we have that out of the way, let's get back to why yours truly wanted to wax philosophical. You got a bit of a hint with the thing about the groundhog.

Last Friday, while heading home, I took one of the two or three paths which I usually take to get from Point A, which is in Anna, to Point B, which is not. The journey often passes by Chuck's home.

Chuck, as you may recall, from previous episodes, is a groundhog. Or, if you prefer, a woodchuck. I think that Chuck lives in a wooded, grassy ditch near the railroad track in Anna. Lately, I've seen Chuck with what I assumed were Little Chucks.

Anyway, as I was motoring to Point B, I happened to catch a glimpse of Chuck. Chuck was standing alongside what was about to become a very busy highway. A garbage truck, followed by four or five cars, was heading in Chuck's direction.

Chuck proceeded to do what all small, furry, and apparently not very smart furry creatures do when faced with such a situation.

Chuck the groundhog wandered out onto the highway. Right in front of the oncoming garbage truck. I figured that Chuck was about to become Ground Chuck. Vultures would have been the only creatures that might have been happy with what appeared to be the pending demise of a rodent which made a really, really bad decision.

The driver of the garbage truck must have been watching, too, 'cause he slowed down. Chuck, perhaps sensing that being in the middle of the road, right in front of a moving hunk of metal, rubber and garbage, abruptly stopped, did an about face and literally zoomed back to the safety of his ditch.

Why was Chuck playing along the highway? Why did Chuck meander onto the road? Why did the guy driving the garbage truck slow down? What is the meaning of life? (At this point, cue that "Circle of Life" song from "The Lion King.")

It's all enough to make one want to wax philosophical. Maybe...

Oh, one last thing. A follow up to last week. "American Spring" was the book I brought home from the book sale at Stinson Memorial Library in Anna. Just thought you might want to know. The book, as far as I know, has nothing to do with philosophy.