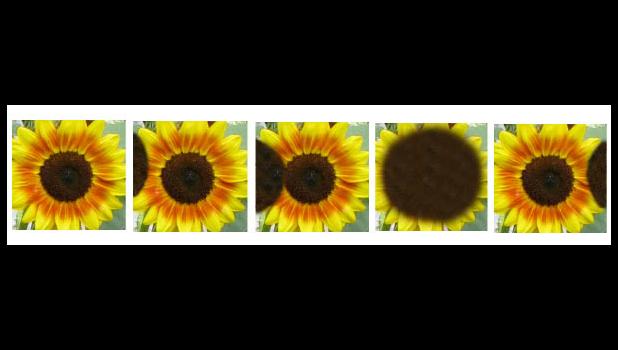 The morning commute on Wednesday, August 16, along old U.S. Route 51 between Cobden and metropolitan Anna was blessedly quiet, uneventful and almost free of any other traffic.

On the journey to start another day of adventures at The Paragraph Factory, I couldn't help but think about what the traffic would be like on Thursday...and Friday...and Saturday...and Sunday...and Monday...and maybe even on Tuesday...

There was this total solar eclipse thing which happened on Monday. Maybe you heard about it.

At some point during the early morning hours of the aforementioned August 16, yours truly decided to compile what would amount to a "journal" highlighting total solar experiences here at home.

What you are about to read involves various exciting items which we picked up during the days leading up to the eclipse. Most are real. I think.

By the way, these witty observations had to be wrapped up by Friday. That was 'cause we had to get some stuff done early for this week, because of the you know what.

At about 11 a.m. Monday, headed to Cobden to scout for a place to watch the eclipse. Turned out, all we had to do was walk downtown, where there were folks from far and wide, as in really wide...

A caller to the paper shared Monday afternoon that some 400 vehicles were seen on Hall Church Road in Union County during the period from 1:30 p.m. to 2:15 p.m.

Folks who watched the eclipse from vantage points in the downtown Cobden area shared a lot of very nice comments about the hospitality they received in the community. Some even indicated that they will be coming back for another visit.

Saturday morning. Motored to metropolitan Alto Pass. Saw one vehicle on Illinois Route 127. An Illinois State Police vehicle was stationed in a parking lot in the big city. Traffic on Skyline Drive between Alto Pass and Cobden wasn't bad. Didn't see any tents or campers in fields along the way.

Early Saturday afternoon. Ventured to Anna to get some pics of harness racing, which was back at the Union County Fair after a one-year absence. Traffic, "crowds" not bad at all.

Headed back home by way of new U.S. Route 51. Made a brief stop at a Union County ESDA communications center set up at Bass Farms east of Cobden. Not much traffic on Route 51. Situation pretty much normal.

Saturday evening, back to the Union County Fair for a horse show. A nice crowd was on hand for the fair. Motoring through Union County again was not a problem.

Sunday. Still pretty quiet. Drove to Anna early Sunday afternoon for an event at the Union County Fair. Situation at about 1:45 p.m. Traffic in front of me? Nope. Traffic behind me? Nope.

Monday morning commute to The Paragraph Factory. Not much traffic at all.

Meanwhile, bumper-to-bumper traffic was reported on Route 127 south of Interstate 64.

During a stop last Thursday, a person I was talking to was joking about the coming apocalypse, as in the potential unknown excitement which could accompany the big event in our neck of the woods. I figure it just gives us lots of practice for when Gabriel actually blows his horn and we see those four horsies and their riders in the sky...

Local traffic was a little a bit on the crazy side last Thursday afternoon. In related news, out-of-state license plates were starting to make an appearance. The traffic situation started to get a little bit "more crazier" Friday with the start of a new school year in Union County.

Ventured out into the early stages of the apocalypse last Thursday evening for a weekly grocery shopping adventure. The parking lot at the store had more vehicles than usual. No big surprise, really.

In the store, I saw vultures perching in a couple of places, just waiting for results of the cataclysm. Not really. I did notice that there wasn't much hamburger on the shelves.

A story was shared with someone, who, in turn, shared the story with yours truly, about a parent who wanted to know if the eclipse could have been rescheduled because kids were in school on Aug. 21.

A random, high unscientific survey suggested that home was going to a good place to watch the eclipse.

One fellow we talked to Sunday afternoon asked: "What if they were wrong?" As in the what if the folks who have been telling us about the eclipse didn't quite have all of their information right and, well, the event did not happen on Monday.

We heard that a temporary campground was created in metropolitan Berryville.

The Union County Board of Commissioners met in special session last Friday morning. The commissioners decided to close the county courthouse in Jonesboro on Monday afternoon, when the eclipse happened.

The Anna-Jonesboro Community High School boys' golf team hosted an invitational event last Saturday morning at the Union County Country Club course in Anna. Fifteen teams were slated to participate; one backed out due to the eclipse.

With the solar eclipse only days away, Anna Mayor Steve Hartline encouraged everyone to welcome the many visitors who were expected to come to Southern Illinois for the event. The mayor shared his thoughts at an Anna City Council meeting on Tuesday evening, Aug. 15.

A local law enforcement agency apparently heard that suggestions were being made to the effect that in order to ease traffic conditions on Interstate 57, folks travel on Route 51, which potentially could have brought about a million vehicles through Anna.

Weekly garbage pick-up in my hometown was delayed by a day due to the eclipse.

Somebody had posted information about such an event on Facebook. We used the information to craft a story which appeared in Monday's Pub., which is one of the products generated here at The Paragraph Factory.

Seems that we had actually created fake news. Weren't no celebration. The Olmsted village official who contacted us about the miscue was actually very nice about the whole thing. For that we are grateful.

Some folks, it seems, really were not looking forward to the potential arrival of thousands of visitors to our area for the eclipse.

In what is certainly an understatement, the folks who oversee Giant City State Park were expecting last week to be a bit on the crazy side.

The first baby born on Monday, Aug. 21, whose parents were from Johnson County, was going to receive a commemorative, infant-sized solar eclipse t-shirt. The promotion was courtesy of The Vienna Times, the Goreville Gazette and Johnson County 2000.

From an absolute, genuine news release which we received Aug. 15, via email: "Home sharing platform Airbnb today released new data and issued a call to action to its host community to help Southern Illinois take full economic advantage of excitement for the upcoming solar eclipse.

"At this time, Airbnb projects that the Airbnb host community in Southern Illinois cities along the path of totality will earn a combined $131,000 in supplemental income while welcoming over 800 guest arrivals during the eclipse. The data indicates a significant economic boon for Illinois and its residents. The 800 guest arrivals in those towns represent a 1,760 percent spike compared to a week prior." Those "guest arrivals" included 31 in Cobden, 23 in Makanda, 23 in Anna and 20 in Jonesboro.

Wow. Wonder if we could have rented out the shed in the backyard. It has windows.

A news release from the Illinois attorney general's office, alerted consumers about "reports of scam artists selling counterfeit solar eclipse glasses to try to take advantage of the many people" who were planning to watch the big event. Sad.

Wonder if folks from northern lands enjoyed the hot, humid August weather in Southern Illinois. And, how 'bout those mosquitoes?

If the apocalypse was nigh, I can only hope that those aforementioned Four Horsemen don't try to travel on one of our interstates. They'll never get here. Which, I guess, would actually be a good thing.

Was it just me? The days leading up to the eclipse just seemed kind of, well, weird. We knew what was coming, but we didn't really know what was coming. Maybe it was just me.

One last entry...the eclipse was, well, spectacular. That is all...for now...

Now, the whole thing is over, and we can start getting ready for the total solar eclipse which comes our way...on Monday, April 8, 2024...you might want to start planning now...