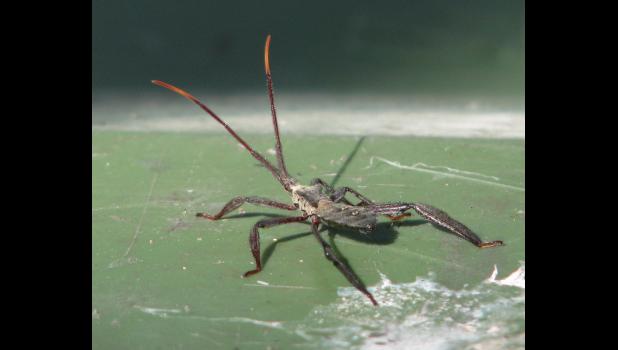 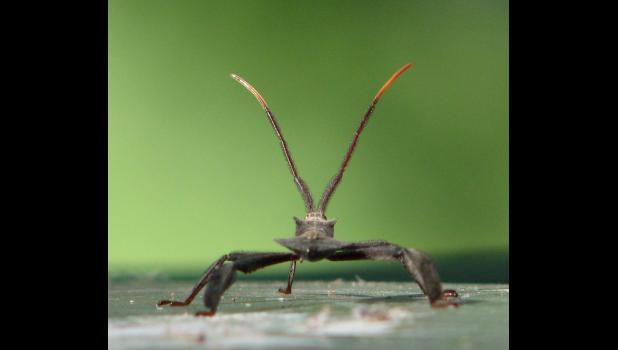 Please read this...At least this bug didn't have a stinger...

For this week, yours truly considered writing a colyum about something that had not happened yet. However, that would have been some more FAKE NEWS, and we're all done with that silliness. Well, I am...

A couple of weeks ago, on a Sunday evening to be more precise, yours truly was doing one of his domestic duties.

I was taking the trash out to our great big, green garbage receptacle. Normally, this is a pretty routine sort of thing to do.

Of course, the trip to the garbage can, which takes about 30 or 40 steps one way, I think, can get a little bit more exciting when there might be six inches of snow on the ground. That doesn't happen very often in the Northern Hemisphere, which is where our big green garbage can is located.

One time, in the not too distant past, the journey to the big green garbage can was made a little bit more exciting, thanks to a six-legged creature which has a stinger in its backside.

Well, yours truly went to grab the handle, and, much to my surprise, the creature just so happened to be out for a stroll around the homestead at the very same time. I did not see the creature. The creature apparently was not pleased about being disturbed.

The creature's response was unpleasant, in an "Oh, I think I've been stung" sort of way. Initially, I did not realize what had happened. Then, I saw the creature, which was a bug of some sort, as it was leaving the scene of the attack. I'm pretty sure I heard the bug laughing.

Anyway, back to my recent Sunday evening jaunt to the garbage can. During this recent visit, I happened to spot a really interesting bug hanging out on top of our big green garbage can. At least I could see this one. The bug had the kind of appearance that only its mother could love.

I was not quite sure what kind of bug was there lurking on our big green garbage can. Thank goodness, once again, for Google, that wonderful tool we have available here in the 21st century.

The search turned up a website called "onlyinyourstate.com," which, in turn, featured a listing called "These 9 Bugs Found In Illinois Will Send Shivers Down Your Spine."

"Illinois has some great things going for it. World-class museums. Beautiful farmland. Excellent shopping," the website read. The article continued: "But then there are bugs. Big bugs, gross bugs, creepy bugs. Bugs. If bugs make you squeamish, you’ll want to skip this article. Because it includes lots of pictures of bugs found in Illinois. You have been warned." Since I occasionally like to feel squeamish, I kept on reading.

Turned out that the first "bug" on the list wasn't really a "bug" after all. The "bug" was a Venusta orchard spider, which is not a "bug." Bugs have six legs. Spiders have eight legs. Just sayin'.

The second creature on the list was called a leaf-footed bug, which, at least from what I could tell, was the bug which was hanging out on our big green garbage can.

The information which was posted online explained that the leaf-footed bug has feet that "are absolutely insane. Also, they fly...terrifying...and make a purring noise."

The bug I saw did not fly, at least not while I was around. And, thank goodness, this bug apparently does not have a stinger.

By the way, the other scary "bugs" on the list included a pseudoscorpion, a robberfly, a black and yellow garden spider, a brown recluse (also a spider), an assassin bug, an American pelecinid wasp (maybe that's what got me back in the day) and a buffalo treephopper (have to ask daughter about that one, but that's another story, another time).

Now that you know there are so many scary "bugs" on the loose in Illinois, you might want to pay more attention, especially when you make a trip to the big green garbage can.