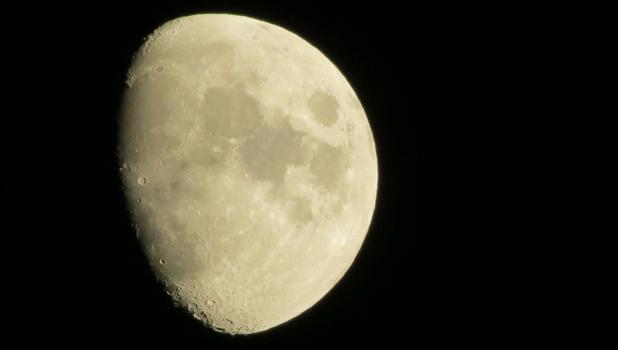 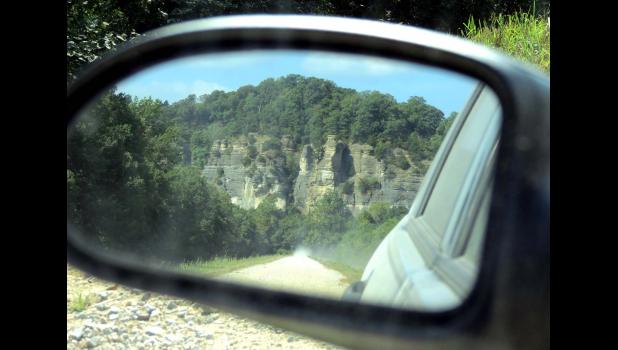 You folks probably knew that International Observe  the Moon Night was last Saturday. No? I didn’t either.

While scrolling through exciting stuff on my tablet early last Saturday evening, I came across a story about...you guessed it...International Observe the Moon Night.

Further research on the moon.nasa.gov website informed me that “International Observe the Moon Night is a time to come together with fellow Moon enthusiasts and curious people worldwide. Everyone on Earth is invited to learn about lunar science and exploration, take part in celestial observations, and honor cultural and personal connections to the Moon. Note that we encourage you to interpret ‘observe’ broadly.”

I’m not sure I would consider myself a Moon enthusiast, and I’m also not sure that I have any personal connections to the glowing orb in the night sky. However, as a journalist, I do like to be able to interpret things broadly. Don’t want to worry about lots of nasty details.

The special event occurs each year in September or October, “when the Moon is around first quarter...a great phase for evening observing.” Even better, “a first-quarter Moon offers excellent viewing opportunities along the terminator (the line between night and day), where shadows enhance the Moon’s cratered landscape.” Indeed they did. Maybe the photo which accompanies this column actually shows that...

International Observe the Moon Night has the following goals:

“Unite people across the globe in a celebration of lunar observation, science, and exploration.

“Provide information, a platform, and resources in order to:

“Empower people to learn more about the Moon and space science and exploration, using Earth’s Moon as an accessible entry point.

“Inspire continued observation of the Moon, the sky, and the world around us.”

Well, I am sharing a Moon-inspired story with you this week. I  don’t know if this will inspire you to continued observation of the Moon, the sky and the world around us. Truthfully, I kind of hope it does...maybe just a little bit.

By the way, in case you want to plan ahead, the next International Observe the Moon Night is set for October 16, 2021. And the next one after that is on October 1, 2022. Certainly, by then, everything will be back to “normal...”

The Other Half and yours truly went on a bit of a mini-adventure in Union County last Sunday afternoon. Well, that was our plan, anyway.

If you might have thought about looking for a quiet place to visit on a bright, sunny and warm late September afternoon, LaRue-Pine Hills was not the place to go.

Granted, LaRue-Pine Hills generally is easier to get to than the moon, although I don’t think the road would be quite as rough as the one on top of the Big Muddy River levee. That’s one of the roads folks can take to get from Illinois Route 3 back to LaRue-Pine Hills.

Our plan was to pay a visit to Snake Road, which runs along the bluffs at LaRue-Pine Hills. The road has been closed by the U.S. Forest Service so various critters can safely undertake a fall migration from their summer home in the swamps to the nearby bluffs. We were hoping to take a nice walk and maybe...just maybe...see a snake or two. I know, that’s not everybody’s cup of tea...

Apparently, a lot of folks decided that last Sunday afternoon would be a good time to pay a visit to LaRue-Pine Hills and Snake Road. We were not expecting to see a traffic jam on the levee road. Surprise...  Actually, it wasn’t a traffic jam, but there sure were a lot of vehicles.

The parking area near Snake Road was crowded. We stopped, parked the car, got out...and could hear the sounds of folks out enjoying the afternoon. Under the current circumstances, we decided that a visit on another day might be a good thing.

While motoring along the levee road, we did see monarch butterflies, which we assumed were making their fall migration.

There was one other thing we saw while we were heading north on Route 3. Something I’m pretty sure we had never seen before. A young man, wearing a helmet and carrying a backpack, was heading south on Route 3. On a skateboard. You just never know...