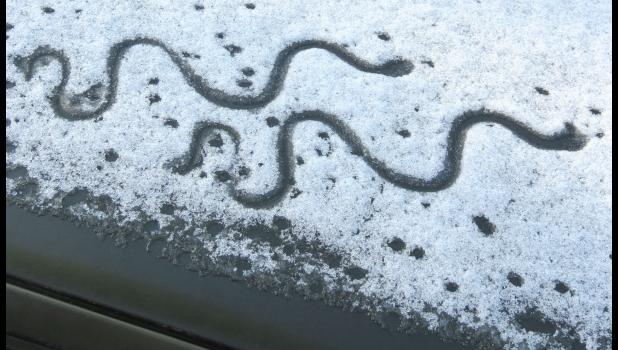 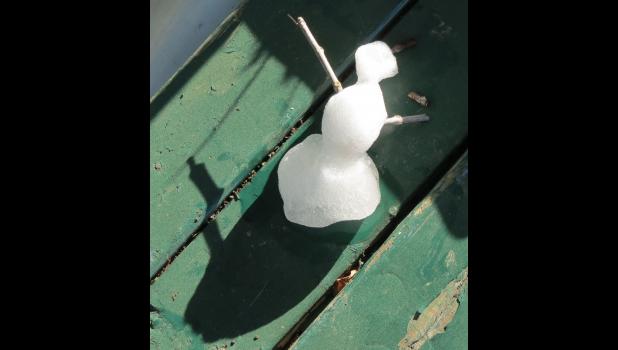 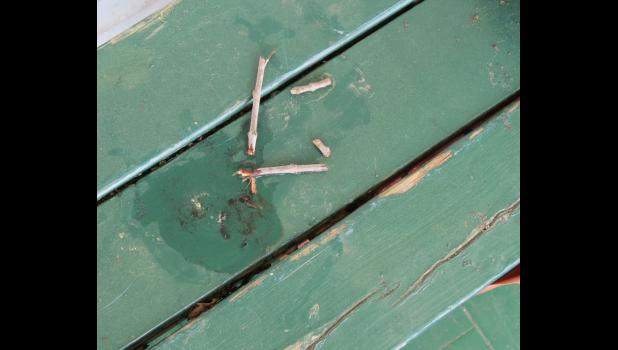 That was odd, the writer who has never won a Pulitzer Prize and is not Ernest Hemingway, thought as the Canadian National freight train rumbled its way north through Union County early last Monday afternoon.

A locomotive was pulling a long line of freight cars. Nothing unusual, or odd, about that.

The odd thing was that the freight cars appeared to be brand new, with an unblemished coat of a brownish/red paint. Don’t see brand new freight train cars very often. Not that I really pay much attention to such things.

Even odder...there was no graffiti on any of the cars. None. Seems like when a freight train is heading from north to south, or from vice to versa, the cars are like mobile art galleries. Like I said, just seemed odd...

Speaking of odd, how ‘bout that weather we had last week...as in snow and the kind of cold we might expect to see in December or January.

Snow fell on Union County land on Tuesday night, April 20. The National Weather Service office in Paducah reported on its website that 0.6 of an inch of snow was measured in Western Kentucky.

Adding to the fun of winter in April, the temperature dropped into the upper 20s in some parts of the area.

I’m going to assume that it’s safe to say that there were not many folks in our little corner of the world who welcomed December weather in April.

The Other Half, for example, had to do the best she could to protect her newly planted garden plants. She also had to move a whole bunch of plants off the front porch and back into the house for a couple of nights. Overall, though, the 2021 crop still looks pretty good. We might even get a few strawberries. We’ll see...

Snow falling in April did create plenty of photo opportunities, some of which turned out better than others. The frozen precipitation also created an opportunity to craft a snow pal, which apparently is what we are now going to call a frozen Mr. Potato Head. (Please do not take the last sentence seriously. The ghost of Ernest Hemingway told me to write it.)

I had just gotten home from The Paragraph Factory on the night of the Big April Snow. The Other Half and yours truly were sharing our thoughts of the return of the Polar Vortex when snow persons came up in the discussion. I do not remember why.

Acting on an impulse, I went back out into the dark and snowy night, fashioned three tiny snow balls, stuck one snow ball on top of another, added a few sticks, and, voila...a snow pal.

I took my new little buddy back inside to show the Other Half. She laughed. And took a picture of the frozen creation. Couldn’t keep it inside, though. So, it was back outside, where I set the snow pal on a picnic table bench on our front porch.

Next morning, the sun was shining and the temperature was rising. Not a good combination for a snow pal. My little buddy was tilting precariously to the east. By that afternoon, my snow pal had done its best imitation of the Wicked Witch of the West during her final appearance in “The Wizard of Oz.” All that remained was a spot on the bench...and a few sticks.

Hopefully, I won’t have any more opportunities to create a snow pal until about December...you know...when things are back to normal...

By the way, I got to wondering: if April rain showers bring May flowers, what do April snow showers bring? Popsicles? One last thing...at the time this masterpiece was being created on Monday afternoon, the temperature was 77 degrees...with not a single snowflake...or snow snake...to be seen.