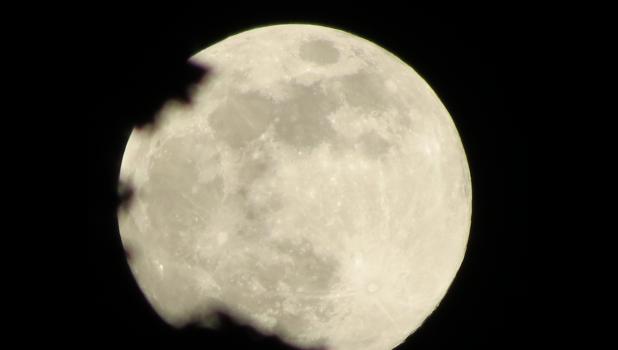 WARNING: This week’s column is unusually long, which might suggest that it is unusually good...or maybe just more unusual than usual...so...off we go...

...that is not a question...just an observation. We saw two bees buzzing around on clover in our front yard last weekend. Which was good. Better than seeing a couple of murder hornets, which we’ll get back to shortly...

...when I started to write this, just to make sure, I glanced at the calendar on the handy, dandy Apple product which is used to create these not-so-award-winning efforts confirmed that yes, we are in the merry month of May.

Ah, May. A month which brings us flowers. And warm spring breezes. Lazy evenings on the porch swing. Pandemics. Murder hornets. Frost and freeze warnings which accompanied the Polar Vortex...in May. May?????

...one night last week...Wednesday, to be more specific...I stepped outside to catch a glimpse of a very bright, and very full, moon. From what I understand, it was called the “Full Flower Moon.” And it was super, as opposed to being just a regular old full moon.

To be honest with you, given the way things have been going, I expected to see the Full Flower Moon falling out of the sky, accompanied by the Angel Gabriel playing REM’s “It’s the End of the World as We Know It” on his trumpet. Louis Armstrong style.

Think about it, folks. We’ve got this pandemic thing happening. A once in a lifetime experience which has pretty much disrupted life as we know.

Let’s see. Where were we? The end of the world. An earthquake in Southern Illinois. The Polar Vortex...snow in the northeast...possible record cold frost in our little corner of the world...IN MAY, FOR GOODNESS SAKE.

What else could possibly happen?

That’s right, apparently there are murder hornets running around loose on the planet. They could be right here  in our neighborhood any minute. Or not. Murder hornets sound kind of creepy, but I guess we’re pretty much used to that sort of thing.

The only thing I can figure is that the apocalypse is nigh. Since the end of  the world apparently is upon us, it got me to wondering what Mark Twain might have thought about such things.

In addition to writing about life on the Mississippi, Mr. Twain also predicted the weather for the apocalypse. An article which appeared on the Lapham’s Quarterly website recalled Mr. Twain’s outlook for one possible end of the world.

(To be honest with you, I had never heard of Lapham’s Quarterly until last week. On its website, Lapham’s Quarterly shares that it “embodies the belief that history is the root of all education, scientific and literary as well as political and economic.” I’ll let you make you own decision about that.

Seems that in 1865, Mr. Twain wrote: “At the instance of several friends who feel a boding anxiety to know beforehand what sort of phenomena we may expect the elements to exhibit during the next month or two, and who have lost all confidence in the various patent-medicine almanacs, because of the unaccountable reticence of those works concerning the extraordinary earthquake of October 8, I have compiled the following almanac expressly for the latitude of San Francisco...”

Here, for your reading pleasure, are a few excerpts from his “forecast”:

October 19: Look out for rain. It would be absurd to look in for it. The general depression of spirits increased.

October 22: Light winds, perhaps. If they blow, it will be from the “east’ard, or the nor’ard, or the west’ard, or the south’ard,” or from some general direction approximating more or less to these points of the compass or otherwise. Winds are uncertain.

October 26: Considerable phenomenal atmospheric foolishness. About this time expect more earthquakes, but do not look for them, on account of the bricks.

October 28: Misery, dismal forebodings, and despair. Beware of all light discourse – a joke uttered at this time would produce a popular outbreak.

November 1: Terrific earthquake. This is the great earthquake month. More stars fall and more worlds are shied around carelessly and destroyed in November than in any other month of the twelve.

November 3: Make your will.

November 5: Select your “last words.” Those of John Quincy Adams will do, with the addition of a syllable, thus: “This is the last of earthquakes.”

November 8: The sun will rise as usual, perhaps; but if he does, he will doubtless be staggered somewhat to find nothing but a large round hole eight thousand miles in diameter in the place where he saw this world serenely spinning the day before.

And now, for our weekly ration of top-notch, always funny, best ever puns (once again, from bestlifeonline.com):

Friday: That baseball player was such a bad sport. He stole third base and then just went home!

Sunday: Did you hear about the kidnapping at school? It’s okay. He woke up!

Monday: Why do eggs hate jokes? The answer cracks them up!

Tuesday: I used to wonder why Frisbees looked bigger the closer they came… And then it hit me!