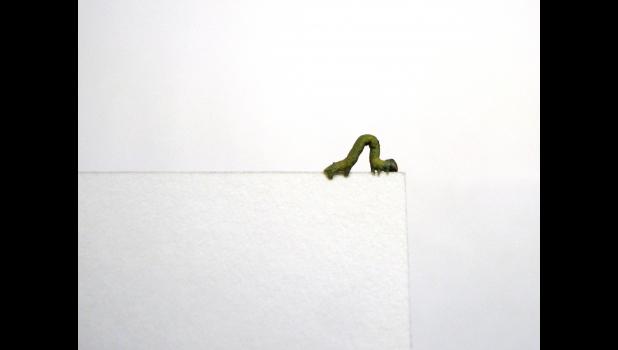 Inching in direction of too much time in heat...

WARNING to readers: Blame whatever follows on the fact that your writer spent way too much time out in the heat and humidity last weekend.

It was so hot that a little water fountain The Other Half has in the backyard was puffing out little clouds of steam Sunday afternoon.

It was so hot that The Other Half could have just poured some olive oil on the potatoes she is growing in the garden and we would have been able to harvest french fries.

It was so hot that a handful of letters that I carried to the post office last Saturday afternoon caught on fire. Fortunately, there was a breeze and the fire was stamped out.

It was so hot that by the time I had gone for a walk to pick up a loaf of bread, in the middle of the hottest part of the afternoon, which was really dumb, and got back home, the bread was toasted.

Pretty much all you could do when you went outside last weekend was take a deep breath, and remember that it was snowing not all that long ago.

And, as an aside, in my simple little mind, which really is pretty simple (after all, I pretty much write stories and take pictures for a living), weather prognosticators don’t help matters when they tell us, nonstop, about oppressive heat and dangerous heat. (Only kidding, folks, only kidding. It truly is good to know such things.)

Meanwhile, back at The Paragraph Factory...

Last week, you may recall, or, you may not, yours truly pondered a comment that he had not been using many words in this column lately. So, for last week, I went overboard. That led somebody to comment that I used too many words. Sign.

One afternoon last week, while getting ready to work on something really important, an unexpected visitor showed up.

I happened to look down, and there, inching its way across the top of my desk, was an inch worm. Well, not really an inch worm. More like a half an inch worm. I didn’t measure the critter, so I don’t know for sure.

When I spotted the creature, it was heading straight in the direction of my laptop. Maybe he wanted to clog up the keyboard so I couldn’t write as many words as I did last week.

The worm really was not much of a conversationalist, so I was not able to figure out its motive. However, given my very recent experience with running over a groundhog, I did not want to do anything at all which might have endangered the life of one of God’s creatures.

With that in mind, I managed to get the worm onto a piece of paper, and took it into the great outdoors. That may not have been the kindest thing to do, since it was about 150 degrees outside at the time.

I freed the little half-inch worm on an evergreen bush, which, by the way, was not burning in the heat. Then again, I suppose the burning bush thing has already been done somewhere.

One last thing...if you happen to be in a country which uses the metric system of measurement, which would be pretty much the entire world, what would you call an inch worm? Somehow, millimeter worm doesn’t sound right.