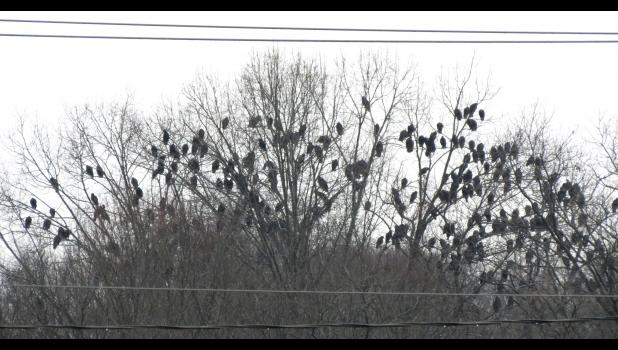 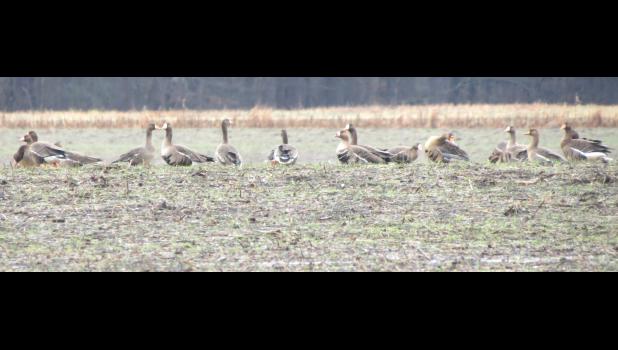 Google gaggle...and this is what you get...

This all started with what seemed like a pretty simple, maybe even silly, idea, and then quickly ended up going down a rabbit hole. By the way, do you know the name for a group of rabbits?

One day last week, your writer, who also takes an occasional photograph or two or three, was looking at an image of a whole bunch of gooses. The photo, by the way, features some gooses which your writer could not immediately identify, except for the two on the left, who said they were Garfield and Gus.

Well, one thing led to another..the one thing being the name for a group of gooses, which, as I am sure you know, is “gaggle.” Do a search on Google for gaggle and you could get something like 4,850,000 results.

One of those results, Wikipedia, a wonderful little tool, shared that “the collective noun for a group of geese on the ground is a gaggle; when in flight, they are called a skein, a team, or a wedge; when flying close together, they are called a plump.”

(For whatever it’s worth, during some of my daily walkabouts in recent weeks, which often happen at night, I have heard gooses flying overhead. Since it was dark, the geese really could not be seen well. Actually, they could not be seen. Period. So, I do not know if they were a skein or a plump.)

The Merriam-Webster online dictionary echoed what was discovered on Wikipedia, defining a gaggle as “a flock of geese when not in flight.”

The information about gooses was followed by additional information which defined gaggle as “a group, aggregation, or cluster lacking organization...a gaggle of reporters and photographers.”

Goodness. Yours truly toils as a reporter...and a photographer. Never thought of myself as being part of a gaggle. I can assure you that should the occasion arise any time soon, I will be doing everything possible to avoid being part of a plump of reporters and photographers.

Armed with all of this relatively useless information about gaggle and gooses, a question popped up in my rather simple little mind: What are some of the names for other groups of various furry, feathered and finned creatures?

Merriam-Webster also was kind enough to let me know that the first known use of the word “gaggle” was sometime in the 1400s. That, dear readers, leads us to the next step in our journey down the rabbit hole. By the way, I was not working as a reporter, or as a photographer, in the 1400s.

Then, a fascinating website called owlcation informed me that animal group names date back to medieval times when a list of collective terms for animals first appeared in ‘The Book of Saint Albans, printed in 1486. This book, written by a nun named Juliana Barnes, covered the topics of hunting, fishing, and coats arms, and it also included the first-ever list of collective nouns for every type of animal you could possibly imagine.

The only thing I can figure is that Ms. Barnes must have had a copy of one of Dr. Seuss’s first books to spark her imagination. “One fish...two fish...red fish...blue fish” perhaps.

A group of gnus, as implausible as it might sound, is called an implausibility. A group of hippotamuses is called a thunder, or a bloat, which actually seems plausible.

A group of narwhals is called a blessing. I suppose it actually might be a blessing if you happen to see a narwhal. Don’t think I’ve ever seen one in a local farm pond.

A group of squirrels is called a scurry, or a dray (if it happens to be a mommy squirrel and her babies in a nest). Lately, we’ve had a scurry of squirrels at bird feeders in our yard. They do like to eat.

A group of sparrows is a host. Along with the scurry of squirrels, we’ve had a host of sparrows at our bird feeders, too.

We’re almost done here, folks...we’ll close with the names of groups of some creepy crawlies...as in a group of rattlesnakes (a rhumba), toads (a knot), frogs (an army) and worms (a bunch). Of all these names, a bunch of worms seems to make the most sense of all.

Oh...a group of rabbits is called herd. Well, that’s what I learned on the internet, which means that it has to be right.