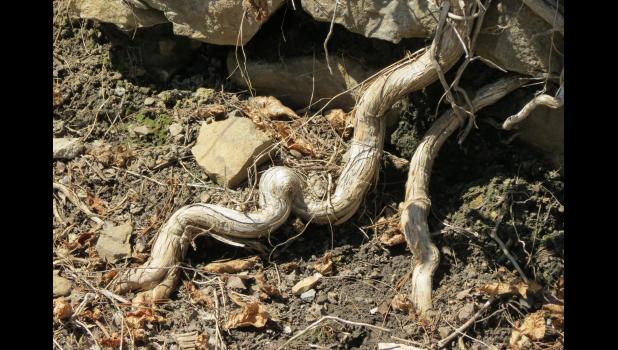 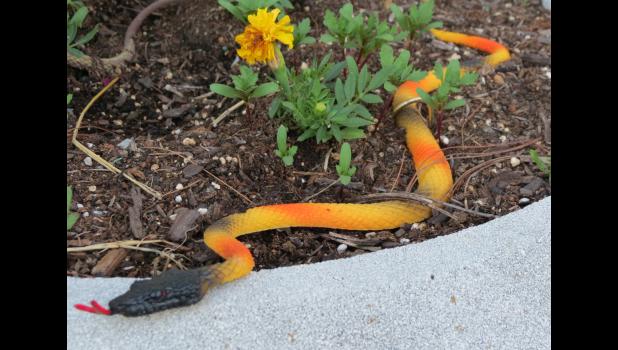 Thought you folks might want an update on how Bob has been helping out yours truly during some of my work at home adventures...

Bob, as you may recall, is one of our two cats. Bob, in a word, or two, has a lot of personality. Our understanding is that he is a barn cat who was born in Alto Pass. Bob then made his way to our humble abode by way of the Union County animal control shelter.

Like many others, I’ve been working at home quite a bit for the past couple of months. To be honest with you, I am just grateful to be able to keep doing what we do at The Paragraph Factory during the pandemic.

As I previously had mentioned, Bob actually made a contribution to a column a couple of weeks ago by typing a single letter. Then, worn out from overexertion, Bob took a nap. He is very good at napping.

He’s also developed a habit of wanting to go outside. A lot. He especially seems to like joining either The Other Half or yours truly on the porch swing on our front porch. Doesn’t matter what time of the day. Or night. Bob just likes to go outside, and his two people should drop everything they might be doing so he can go outside.

Sometimes, we think it would be nice to just open the door and let him run free. Sometimes, but not often, he thinks that would be nice, too. One evening last week, for example, he took advantage of the fact that somebody left the door unlatched. Freedom beckoned. Off he went. (He went on another adventure Monday evening...)

We’re not quite sure how long Bob was on his adventure. He eventually figured out that it might be good to come back inside. Where he proceeded to take a nap.

Last Saturday morning, Bob once again provided assistance while I was doing some work at home. The weather was halfway decent, in that the temperature had not reached 90 degrees. Bugs were even staying away.

I say that Bob provided some assistance, which means that he pretty much plopped down on the porch swing and watched the world while yours truly toiled with various combinations of consonants and vowels.

Bob and I went back out Saturday night, mainly because he wanted to go back out. Again. That gave him an opportunity to see another cat wandering through neighborhood, which meant that he could hiss and spit. Mostly, I suppose, out of jealously. The other cat was just out cattin’ around on a Saturday night. Bob the cat is not allowed to go cattin’ around, unless, of course, he lets himself out the door.

Our time together outside on Saturday night also gave me a chance to watch fireflies dance around over the grass in a neighbor’s yard. Based on what I saw, fireflies must prefer well-kept lawns.

Guess we’re about ready to wrap it up for this week...we’ll finish up with a weekly dose of funnies...all of which were discovered online...

Thursday: “I’m so good at sleeping, I can do it with my eyes closed!”

Saturday: “Did you hear about the circus fire? It was in tents.”

Sunday: “Can February March? No, but April May!”

Monday: “How do lawyers say goodbye? We’ll be suing ya!”

Sure hope things get back to “normal” soon...I’m not sure much longer you folks can stand all of this humor...