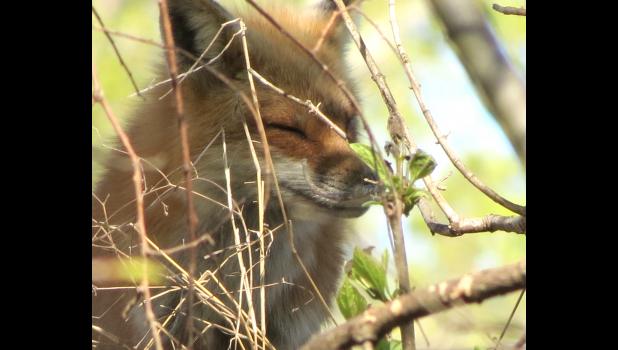 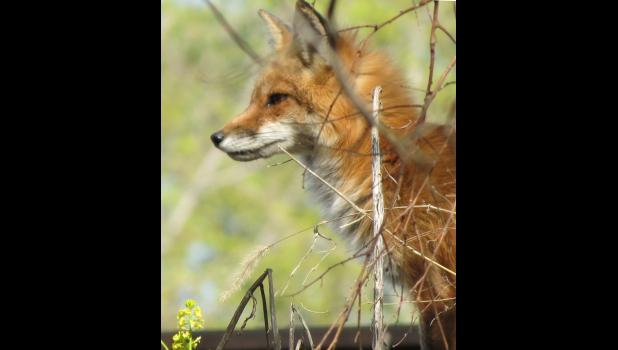 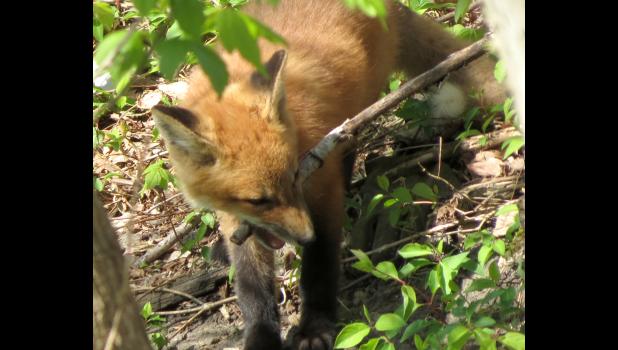 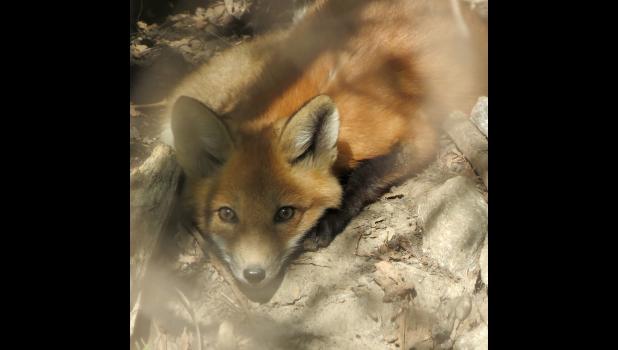 Just a bit of a note to start this week...to the driver of the pickup truck who passed a school bus which had stopped to deliver meals...that’s all...

My buddy Bob continues to very helpful while I am doing some of the work at home stuff. Bob, as you may recall, is one of our cats. One day last week, Bob actually helped me with some typing.

He leaped up on my work space and, somehow, managed to type the letter “f” on my laptop. Then, he was exhausted by all of that work and immediately took a nap.

A couple of days later, it occurred to me that Bob had a premonition that I would once again be writing about foxes.

To be honest with you, I did not think that foxes would be featured again so soon in this space...

I think we can still go for walks these days. While out wandering (walking), I practice social distancing, mainly because I don’t see all that many people out walking. A few, occasionally.

So, I was wandering past a lightly wooded, brushy area where I had seen the foxes a couple of weeks ago. I happened to hear some noise in the woods and brush. I looked in the direction of the noise...

I’m pretty sure I caught a glimpse of mom, who was protectively watching a couple of her pups. The two “little ones” were just having a good time in the sunshine. I watched, and took lots of photographs, as they chased each other, stopped a couple of times to playfully roll around, chewed on a stick, and then finally went back to what I assume was their den.

Every once in a while, the foxes would stop and look at the two-legged critter who was watching them. They didn’t seem to mind my presence. Under such circumstances, a human being could forget that foxes are wild animals, and that is something which should not be forgotten.

Anyway, here are a few more from bestlifeonline.com...

The past, the present, and the future walk into a bar. It was tense!

How did the picture end up in jail? It was framed!

You really shouldn’t be intimidated by advanced math…it’s easy as pi!

My ex-wife still misses me. But her aim is starting to improve!

What did the hamburger name it’s baby? Patty!

Why was the baby ant confused? Because all his uncles were ants!

Why was the cookie sad? Because his mom was a wafer long!

What’s the difference between a hippo and a zippo? One is really heavy and the other is a little lighter!

I asked a Frenchman if he played video games. He said Wii!

Thanks, as always, for reading. Stay safe.

Oh...one more thing for this week...no doubt, you have noticed that the paper has been just one section for the last month or so. This is an effort to reduce the number of contacts the folks here at The Paragraph Factory have with others. Someday...soon...we hope...we’ll be back to “normal”...