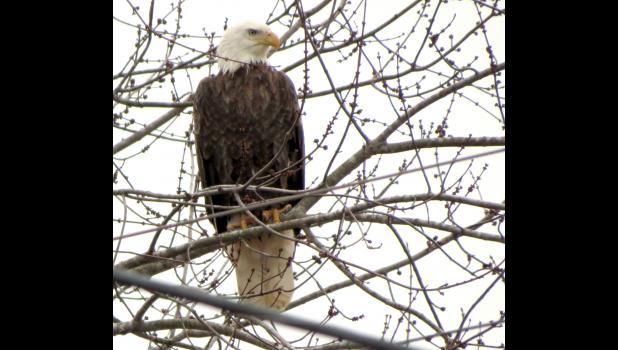 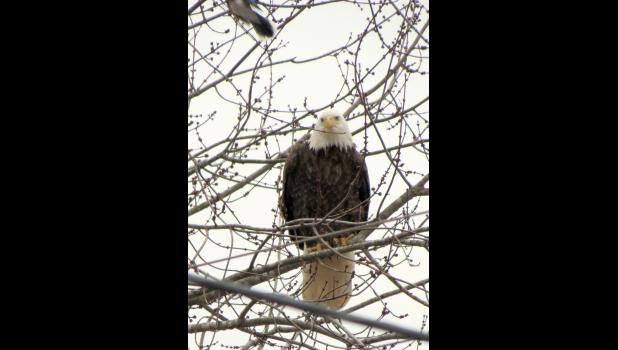 I am so glad (he wrote sarcastically) that Tom Brady won another Super Bowl. By the way, in keeping with tradition, I have once again used the words “Super Bowl” without the express written consent of the National Football League. I am sorry.

Looks like it’s going to get really cold in our little corner of the world by the time the weekend rolls around. Really, really cold. For us, anyway. And that just might follow ice and various other nasty winter stuff that was in the forecast earlier this week.

(Seemed like it was pretty cold last Sunday. I think the thermometer on our front porch showed 27 degrees when I decided to go for a walk. The sun was shining at the time, so it at least looked nice outdoors. I’m here to tell you, though, walking into the north wind almost hurt.)

At the time this masterpiece was being created last Sunday night, the weather forecast was calling for an alleged high temperature near 21 degrees by the time Friday arrives, followed by a low of 9.

(Could be worse. Wind chills as cold as 50 degrees below zero were expected early this week in the Northern Plains and Upper Midwest.)

Folks, if it’s going to get cold like we’re in Montana or Michigan, please stay warm...and safe. And don’t forget your critters. (Mention is made of Montana and Michigan just because that’s where The Other Half and yours truly started our Journeys Through Life.)

Speaking of masterpiece, and critters, The Other Half and your writer have been watching episodes of the PBS “Masterpiece” series “All Creatures Great and Small.” Jolly good, as the British might say. Or might not. I do not know.

Speaking of critters...more specifically, critters with feathers, I wanted to share something totally unexpected which happened one morning last week.

I was heading to The Paragaph Factory, and hadn’t even made it out of the village we call home. I caught a glimpse of a rather large bird as it flew across the highway in front of me. My first impression was the bird might have had a white tail.

Was that a bald eagle?

Think I’ll stop and take a look. Just in case the bird might have landed in a tree where it could be spotted. I pulled off highway...looked to my left...

The answer, in a word, was yes. The bird was a bald eagle. And it was kind enough to land in a tree right along the highway. Just so I could take lots of photographs.  Which I did. All the while, I kept thinking how odd it was to see such a majestic creature right in town.

While posing for photographs, the bald eagle was joined by a noisy blue jay, which took time out of its busy morning to engage in a behavior which I subsequently learned is called “mobbing.”

The Cornell Lab’s “All About Birds” feature which can be found online explains that mobbing is “when smaller birds swoop and dash at flying or perched larger birds (and sometimes mammals). They typically do this in an effort to drive away potential predators from a breeding territory, a nest, or young, or a nonbreeding home range.”

Jays, as in the blue jay I saw irritating the bald eagle, are among the birds which like to mob. This particular blue jay was indeed swooping and dashing and flying at a perched larger bird...the aforementioned bald eagle.

The bald eagle put up with the blue jay, and the photographer, for about five minutes, and apparently decided it had better ways to spend the morning. The raptor took to the air, by itself, without a mob, and flew off to the west, disappearing over a tree line to the west of the highway and nearby railroad tracks.

Allow me to close this week with a note to my sweetheart...Happy Valentine’s Day. Don’t know how I could do this whole pandemic thing without you.