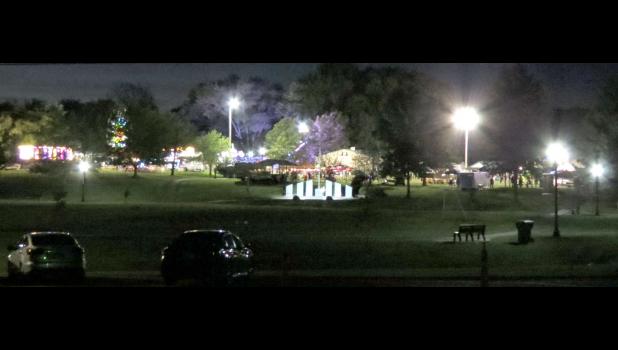 August has been good time for a walk...

August has been a good time to take a walk or two...

Then again, I pretty much see each and every day as a good day for a walk.

For the most part, my walks are rather predictable, at least in terms of the places the journey takes me. With that being said, I did embark on a couple of adventures during August which, at least for your writer, were a little bit out of the ordinary.

On Wednesday evening, August 3, I joined a small group of folks who went on a walk for a purpose...

The City of Anna is taking a look at how walking and biking options can be improved along Vienna Street. The city invited community members to be part of a walk along what was identified as the Vienna Street corridor. The goal was see what improvements need to be made for those who might like to walk or ride their bike.

The idea behind the early August walk was spearheaded by Conner Jerolds of Anna, who is a senior at the University of Illinois at Urbana-Champaign. Conner is majoring in urban studies and planning. He’s planning to pursue a master’s degree in urban planning or design.

Conner spent the summer as an intern at Anna City Hall. City administrator Dori Bigler was his mentor. He described the time he spent as an intern with the city as “a fantastic experience.” He focused on the walking/biking project.

What I did not realize was that the walk would begin at Anna City Hall and involved a journey out in the direction of the Walmart store. That’s a long way to go on foot...5,629 feet, or 1.06 miles, to be exact. But, there I was. Didn’t want to look like a wimp.

The walk took about 45 or 50 minutes; seems like it was 23 minutes or so to get from city hall to the Route 51 intersection.

A few personal observations: There is a sidewalk, at least for part of the way, along East Vienna Street. Then there isn’t. Motorists didn’t seem to pay much attention to a half dozen pedestrians walking along the street or highway. There was quite a bit of litter along the way. Crossing new U.S. Route 51 on foot is an adventure; then again, the intersection where we crossed is a bit of an adventure in itself. And there were lots of dragonflies darting through the air near the intersection; not sure what that was.

I’m looking forward to see what might eventually come from that early August walk. I am grateful that a young person was willing to take the time to consider a vision involving the possible improvement of the community.

My other walking adventure involved a stroll for a different purpose on Friday night, August 12. I wanted to shoot some night time photographs at the Cobden Peach Festival. I needed a walk. I needed some photographs. Off I went, flashlight in hand. Just to be safe.

For a summer night in the first half of August in Southern Illinois, the walk to the Peach Festival wasn’t bad at all. I’m just glad to still be able to do such things.

Going for a walk is a great way to learn about the world around you...even if that world just happens to be a block...or two...or three nearby.

A bid of advice: don’t take your walk at dinner time, especially if the weather is nice enough for windows to be open. I have found that there are some folks in my little corner of the world who must be really good cooks...

If you want to know a little bit more about the project in Anna...excerpts from a report shared by Conner Jerolds follow...please read on...and, if you are able...keep on walking... 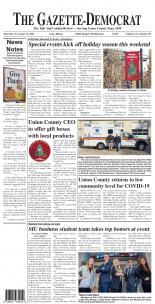