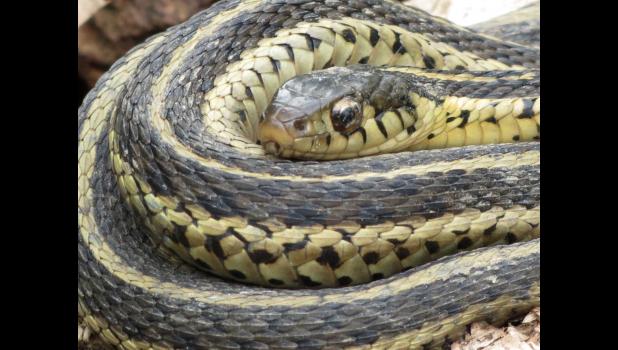 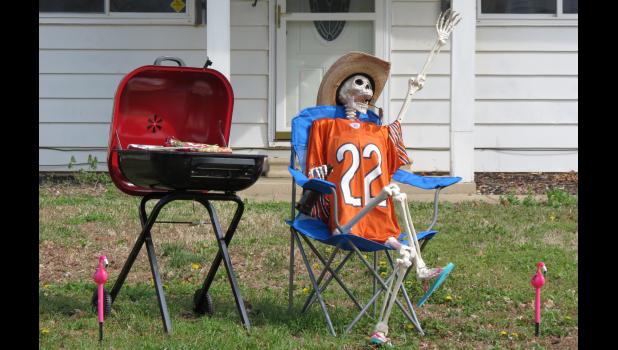 This week, how about a challenge for all you song writers out there?

See if you can up with some sort of lyrical expression about Al Kaline and John Prine. Maybe a song about the two of them, with a little bit of the coronavirus thrown in, just because.

I’m guessing that a lot of folks around our little corner of the world know who John Prine is. Al Kaline, maybe not so much. Mr. Prine wrote a few songs. Mr. Kaline hit baseballs. Both passed away recently: Mr. Kaline on April 6, Mr. Prine on April 7.

Al Kaline was one of my boyhood heroes. Back in the day, Mr. Kaline, uniform number 6, played right field for the Detroit Tigers. I think I actually got to see him play in the now-just-a-memory Tiger Stadium in Detroit. I say “I think” because the memory is a bit uncertain.

For those of you who may not know such things, yours truly is originally from Detroit, Michigan. Well, Wayne, Michigan, to be more specific.

As a kid, yours truly wrote a letter to Al Kaline to see if he might send along an autograph. I did receive a postcard in response. I don’t think he signed the memento himself. I still have the postcard.

Long-time and legendary Detroit Tigers broadcaster Ernie Harwell wrote a book in 2001 titled “Stories From My Life in Baseball.” Thanks to a special person in our life, I have an autographed copy of Mr. Harwell’s book.

One of the chapters in “Stories From My Life in Baseball” is headlined: “Classy pro Kaline tops my Tigers.” Mr. Harwell described Mr. Kaline as “The consummate pro for 22 seasons. A brilliant fielder and clutch hitter. Too bad this great team player appeared in only one World Series.”

The Journey Through Life ended up bringing your writer to Southern Illinois. Along the way, in Fort Wayne, Indiana, of all places, I became a fan of the St. Louis Cardinals. Never forgot about Al Kaline, though.

Mr. Harwell mentioned that Mr. Kaline appeared in only one World Series. That was in 1968. Against the St. Louis Cardinals. The Tigers, and Mr. Kaline, defeated the Cardinals.

By the way – the Detroit Free Press newspaper noted on its website that in his obituary, Mr. Kaline’s family shared the following message: “In lieu of flowers or donations, the Kaline family asks that you reach out to someone you love and check in on them during this unprecedented and challenging time of need, and to be sure to thank our military, police, fire/EMS and front line care givers in any way you can.”

I honestly cannot tell you if John Prine wrote any songs about baseball. I know a couple of folks who probably know if he did. One of those folks actually met Mr. Prine, by chance, I believe.

For those of you who may be unfamiliar with Mr. Prine, NPR described him as a “a wry and perceptive writer whose songs often resembled vivid short stories.” Yup.

When I heard about Mr. Prine’s passing, memories of two of his songs stirred the dust in the bin between my ears.

One of the songs, “Please Don’t Bury Me,” features words that go...

“Please don’t bury me  Down in that cold, cold ground  No, I’d rather have ‘em cut me up  And pass me all around” “Throw my brain in a hurricane  And the blind can have my eyes  And the deaf can take both my ears  If they don’t mind the size”  “Give my feet to the footloose  Careless, fancy free And give me knees to the needy...”

The other John Prine song which flashed through my simple little mind is called “Paradise.” Maybe you know this one, which is about going “back to Muhlenberg County  Down by the Green River where Paradise lay.”

Over the years, while motoring through Western Kentucky, we’ve gone back to Muhlenberg County many times...and driven on a bridge over the Green River. “Paradise” often has served as the sound track for our journey...

Enough about a baseball player and a song writer...but I’d still like to see/hear a song about Mr. Kaline and Mr. Prine...

Lots of folks are learning about homeschooling these days. We have experienced that educational adventure...not because of a pandemic, though.

Not all that long ago, we would have said something like “homeschool is not for everybody.” Well...how that has changed, at least for now.

Learning your young ‘uns at home can be a wonderful experience. You might especially want to focus on grammar. Just remember that you ain’t ‘posed to pay no attention to the scribblings of a third-rate journalist.

With that in mind, and just for fun, I’ll share a rather interesting “Homeschool Schedule” The Other Half discovered on social media:

9:15 Lab: Turning Off a Light Switch and Closing a Door

9:30 Lecture Series: Why We Don’t Eat the Food Under the Cushions

12:30 Lecture Series: What Happens When We Eat All the Froot Loops in One Day

1:00 Advanced Chew with Your Mouth Closed

2:00 Field Trip: How to Have Fun Without Leaving the Porch

2:30 Lecture Series: Reading is Not Punishment

3:00 How to Fill Twelve Hours of Screen Time