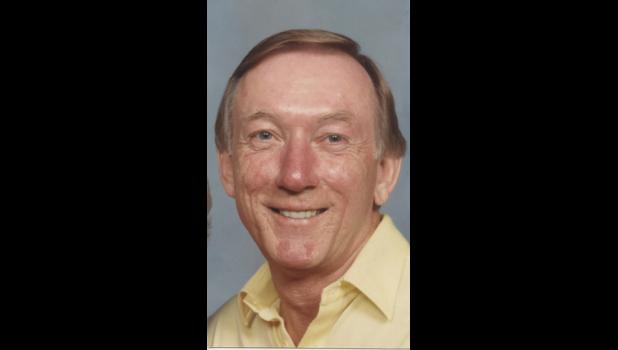 William Richard (Bill) Cunningham was born in Anna, Illinois on July 7, 1929, the son of Fred R. and Mabel Norman Cunningham.

Bill had one brother, Norman. Bill married Alice Wall and three children were born to that marriage: Michael, Nancy and Patrick. He later married Shirley, who passed away in 2006.

After studying electrical engineering at the University of Illinois, Bill returned to his hometown of Anna, Illinois, to learn the nuts and bolts, day to day operations of the family-owned electrical construction business.

He also served as CEO of a sister corporation, Southern Construction Company, which provided construction management services for several large multi-family dwellings in the Springfield and Chicago area.

In 1962 Cunningham started Transcraft Corporation. As CEO of Transcraft, Cunningham led the company to become the number one manufacturer of flatbed highway trailers in the United States, with factories located in Anna, Illinois, and Mt. Sterling, Kentucky, and a dealer network stretching from coast to coast and into Canada. The company was sold in 1999 to a New York investment group.

His strong affinity for electronics drew Bill into the burgeoning field of electronic data processing and he grew the company’s EDP system from an IBM 401 in the early days into a Burroughs 1800 main frame system.

Capitalizing on the surplus capacity of the system, he oversaw the development of a computer service bureau offering a variety of services to government and businesses before the advent of the personal computer.

Bill developed an insatiable interest in the coupon redemption process. That interest led to several patents for the development of an electronic coupon terminal and redemption system.

After the sale of Transcraft, he devoted his full attention to developing and marketing that system.

Bill was very generous toward Union County with the wealth he accumulated through the years.

Because of an incident of domestic abuse which affected a young classmate of his when he was a student at Murphy School, he was burdened to build a safe space for victims of domestic abuse.

In 2000, he built and furnished Bethany Village in Anna. He also built the Two Rivers Child Advocacy building and the Shawnee Crisis Pregnancy Center, both on Lick Creek Road.  He later deeded the properties to each entity.

If Bill was made aware of a need in the community, he met it, whether that was re-roofing the Elks and Stinson Library or funding the stage lighting for the Anna-Jonesboro Community High School theatre program or buying new chairs for the Sunshine Inn senior nutrition site.

In 2009 he paid off the debt of a struggling Union County Country Club and the only requirement was that they provide a junior golf camp each summer for any youth in the county interested in learning to play golf.

Hundreds of youth were given an opportunity to participate in the program as evidenced by each year’s class photo which hung on the wall in his office.

Bill has a tender spot for the youth of the county. He regularly supported ball teams or requests from many individual youth who requested funding for specific programs.

Bill purchased 14 acres on Brady Mill Road and donated it to the Union County Recreational Corporation and then matched all donations to excavate and construct outdoor soccer fields, a walking trail and parking lot.

He was a regular contributor to local schools, after school programs, softball, baseball and football programs and historical projects.

The beautiful entry doors and fountain at St. Mary’s Catholic Church were gifts of Bill and Shirley. Many Union Countians have benefited from his generosity.

Bill was a true entrepreneur. He was always looking for the next new thing. He even became a viticulturist and planted a 20-acre vineyard on his farm east of Anna.

Many fellow entrepreneurs benefited from his entrepreneurial spirit and willingness to invest in their ventures. Bill provided funding to many start up companies.

He loved being a businessman and played that role up until the very end, sending emails and making phone calls.

He was preceded in death by his parents, brother, oldest son, Michael and his late wife, Shirley.

Bill had been a member of the Anna Masonic Lodge No. 520 for 69 years and a 33rd Degree Mason and a member of Ainad Temple Shrine in East St. Louis. Until he moved to Ft. Myers, he was also a member of Anna-Jonesboro Elks Lodge No. 1641.

Due to COVID-19 restrictions, a celebration of Bill’s life will be held at a later date.