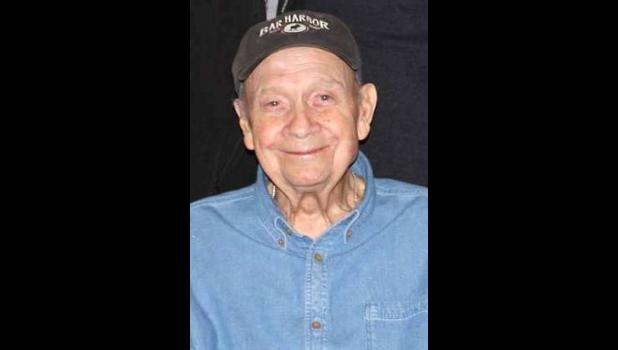 Thomas “Tub” Coffman grew up in Anna. He was an only child of Charles and Helen Coffman.

In his early years he worked as a police officer, at PN Hirsch & Co. and was co-manager of Gebharts Auto in Anna. He spent 30 years until his retirement working for the Illinois Department of Corrections as an accountant. He was also a lifetime member of the Anna Moose Lodge.

In 1953, he married Ellen Louise Smith of Anna and together they shared 66 years.

His daughters, Diana Woolridge Perry, Jean Ellen Boyd (Dwain Cocke) and Stacey Brown Davis were his pride and joy until the very end. His daughters were everything to him.

From them, he is remembered by grandsons Shane Boyd, Robbie Woolridge, and Brandon (Michelle) Brown. His granddaughters Stefanie (Joel) Diers, Mariah Davis and Sophia Davis share the loss.

He is remembered by his cousins, Albert Gene Coffman, Glenda Zaharias, and Mary McWhorter.

He was preceded in death by his parents, Charles and Helen Coffman.

He was an avid sports fan when it came to his family. He traveled all over the country to watch football, basketball, volleyball and baseball. There was rarely a distance too great for him cross when it came to supporting his children and grandchildren in sports.

One of his greatest pleasures was walking. No matter the weather or time of day, he walked the streets of Carbondale or Anna. He found great joy in the people he met along his journeys. He loved to share stories and time with friends and strangers as he logged countless miles.

Loving animals was a major part of his life. His dogs were treated like royalty. There was no sacrifice too great for him to provide love and support for his pets. He is remembered by his pug Eli.

Funeral services will be at 1 p.m. on Wednesday, Feb. 5, at the Rendleman & Hileman Funeral Home in Anna with Father Robert Flannery officiating. Entombment will be at the Anna Cemetery.

Friends may call from 11 a.m. and until the service hour at 1 p.m. on Wednesday, Feb. 5, at the Rendleman & Hileman Funeral Home in Anna.

Memorials can be made to PAWS in Anna or to Hospice of Southern Illinois.

The family hosted a Celebration of Life at Lou’s Room in Anna immediately following the committal service.