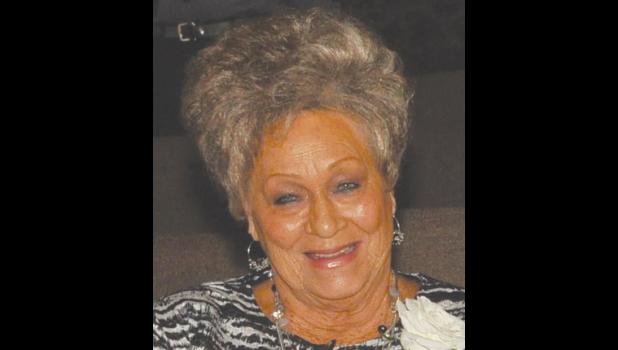 She was born on March 22, 1938, in Balcom, the daughter of Manford James and Opal Agnes Virginia Mae Murphy Brimm.

She is survived by her son, Kevin (Mary) Bourland of Rogers, Ark.; a daughter, Amy (Troy) Clemons of Joplin, Mo.; seven grandchildren; three great-grandchildren; one brother, Jack Brimm of Anna; and one sister, Janice (Ron) Garner of Anna; other relatives and many friends.

She was preceded in death by her parents; her husband, Charles Daniel Bourland; and a brother, Jim Brimm.

She was a member of the First Christian Church in Anna. She lived to serve her family and her Lord, reading her Bible daily; her faith gave her strength through the toughest of times. In 2005 Peggy and Charles left Southern Illinois and moved to Joplin, Mo., to be closer to their children and grandchildren.

Her family said she was an incredible wife, mother to her children and grandchildren; she was strict, yet quick to forgive, always putting her family before herself. She had a dedicated career of 35 years at the Anna National Bank. As a working mother she made home cooked meals and regularly attended her children’s sporting events. She and Charles loved to take Kevin and Amy to Florida to the beach for vacation. Peggy enjoyed spending time with her family and friends, cooking and playing bingo.

Funeral services for Mrs. Bourland will be at 11 a.m. Thursday, today, at Rendleman & Hileman Funeral Home in Anna, with Chaplain William Hayes Rader officiating. Interment will be in the Casper Cemetery near Anna.

Memorials can be made to Bethany Village in Anna.