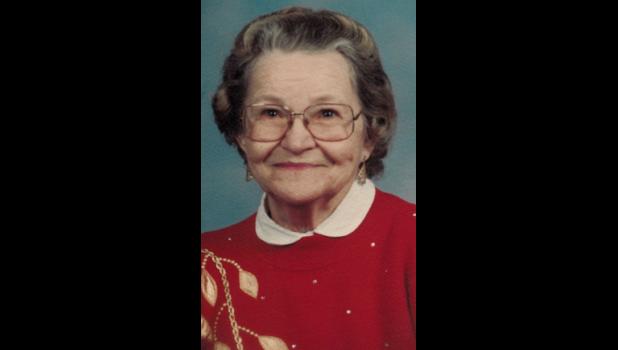 She was born on March 31, 1920, the daughter of Arthur and Bertha Spillers Harris.

She was preceded in death by her parents; husband William Carl Bryant; husband Ronald E. Wenger; a son, Lovie Bryant; one brother; and two sisters.

She was a member of the Ware Methodist Church.

Memorials can be made to PAWS or to the Alto Pass Cemetery.