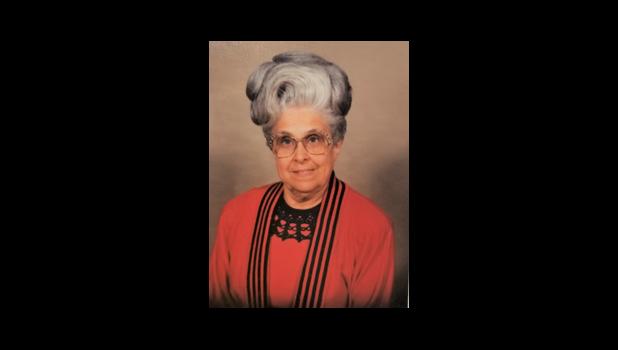 She is survived by her sons, Bob (Dawn) Jones of Greenville and Bruce (Shari) Jones of Herrin; seven grandchildren and 16 great-grandchildren; other relatives and many friends.

She was preceded in death by her parents; and by a brother, Ray, and sisters, Mary (her twin) and Helen (Friese) Bittle.

She grew up on the family farm in rural Alto Pass. She graduated from high school in Wolf Lake in 1943, where she was an outstanding basketball player.

She was a long-time employee at St. Joseph’s Hospital in Murphysboro, where she retired.  After retirement she continued to work for many years in home health care.

She was a long-time member of the United Pentecostal Churches in Granite City, Anna and Greenville.  She was a true Christian lady.

Some of her favorite things to do were spending time with her grandchildren and great-grandchildren, fishing for big catfish, watch the Cardinals play ball, watch UK play basketball and talking to anyone who would listen about the Lord. All these she did both with great delight and energy.

Funeral services were at noon Tuesday, May 29, at Rendleman & Hileman Funeral Home in Anna, with the Rev. Lee Jackson and the Rev. George Bankston officiating. Interment was in the Alto Pass Cemetery.

Memorials can be made to Bond County Meals on Wheels.