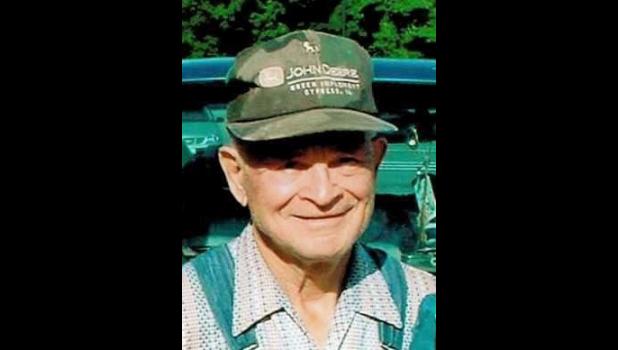 He was born on Nov. 6, 1925, in Effingham, the son of William Alva and Gladys Hummel Cain.

He was preceded in death by his parents; his wife, Evelyn Cain; one son, Hugh Cain; one daughter, Crystal Cain; one brother, Earl Cain; and four sisters, Helen, Thelma, Catherine and Mary.

He had a great love for God, his church and his family. He was a member, deacon and Sunday School teacher at Beech Grove Baptist Church for many years. He was a graduate of Wolf Lake High School.

He was an avid hunter, a member of Ducks Unlimited, and the founder and owner of Grassy Lake Hunting Club, where he spent decades guiding, hunting and enjoying the many friendships that he built over the years. He especially loved hunting with the Wounded Warriors and country singer John Anderson and many others who hunted at Grassy Lake.

He also had a lifelong love of horses and horseback riding. He was a member of the Union County Saddle Club and always looked forward to the annual Nine Day Trail Ride.

He was an avid SIU Salukis basketball fan and regularly attended their games for many years. His generosity spread over many local organizations, including being the first executive level investor in the Union County CEO Program (Creating Entrepreneurial Opportunities) for local high school students.

Memorials can be made to the Carmi Baptist Children’s Home.