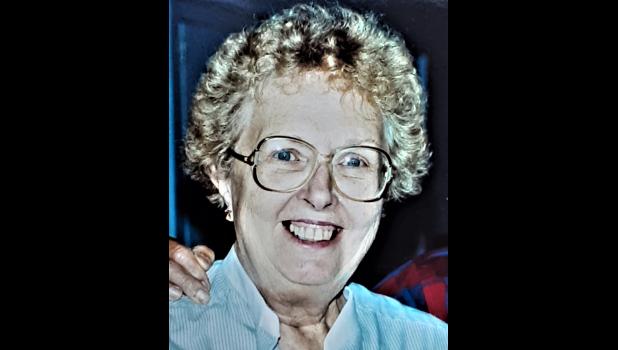 Her father immigrated from what became the Czech Republic. Her mother was the child of German and Swiss immigrants.

She attended Harris Teachers College for two years, a free public college. She then entered the Washington University School of Nursing. She remained close to many of the small graduating class of 1947 throughout her life.

She worked at Jefferson Barracks as well as being sent with fellow nurses to Outwood VA hospital for TB patients in Dawson Springs, Ky., to relieve their staff.

She returned to work after raising her children. She taught at Lutheran School of Nursing before finishing her career at John Cochran VA Hospital in St. Louis.

She was preceded in death by her husband, William; a daughter, Susan; and siblings Dorothy and Joseph.

She is survived by her sister, Ann Skroska; a sister-inlaw, June Hrbacek of St. Louis; a son, Stephen (Diana) Sanner of Evansville, Ind., a daughter, Barbara (Dan) Woolard of Jonesboro; a stepson, Jack (Susan) Sanner of Punta Gorda, Fla.; grandchildren Ben (Laci) and Eric (Brittany) Woolard; and, due in September, a great-grandchild Juneau Frances; as well as many nieces and nephews.

She loved gardening, reading, travel, sewing and cooking and was a great storyteller. She was as hard a worker as you will ever find and she would do anything for her family.

Interment is at St. Matthew’s Cemetery in St. Louis. A gathering in her memory will be held in the spring.

Memorials in her name may be made to Hospice of Southern Illinois, Planned Parenthood or the Missouri Botanical Gardens.

Rendleman & Hileman Funeral Home in Jonesboro is in charge of arrangements