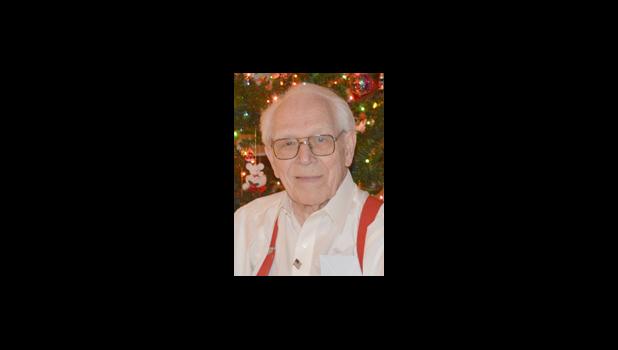 He was the husband of Margaret L. Eastman for 67 years.

Mr. Eastman was born in Cobden, the son of Wilbert A. and Agnes Eastman.

He was preceded in death by an infant brother and three sisters.

Mr. Eastman was a member of American Legion Post No. 312 and the First United Methodist Church in St. Charles, Mo.

He graduated from Southern Illinois University Carbondale. He worked as a lead engineer at McDonnell Douglas for 35 years.

Funeral services will be at 10 a.m. Saturday, Dec. 10, at Baue Funeral and Memorial Center. Burial will be in the St. Charles Memorial Gardens.

Memorials can be made to the First United Methodist Church in St. Charles or  to theAmerican Legion Post 312.