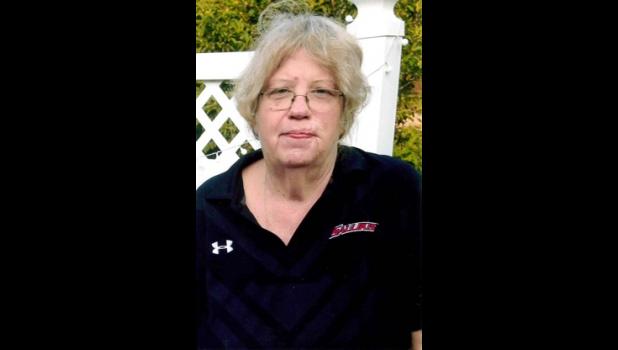 She was born on Saturday, Nov. 16, 1957, in Murphysboro, the daughter of Harold Franklin and Della Mae Strickland Wilson.

She married James P. Miles on June 10, 1989, in Anna and they spent a lifetime together enjoying each other’s company. James will forever miss and love her.

She is survived by her husband, James P. Miles of Anna; a brother, Carl “Dump” Wilson; nephews Jim and Steve Wilson; nieces Luanne and husband Mike Burdick and Carla and husband Charles Carroll; and great-nephews and great-nieces Shane and Sarah Burdick and Christopher and Della Carroll.

She attended Shawnee High School in Wolf Lake, and went on to study at Shawnee Community College near Ullin and Murray State University in Murray, Ky.

She served her country in the U.S. Navy Reserve.  She spent her life helping others through her work in Emergency Management Services, as well as her gift for mentoring and personal outreach, her influence on those around her was tremendous and widespread.

Mrs. Miles started working for the Jackson County Ambulance Service in 1978 as a volunteer in Grand Tower.  She went on to work full-time as an EMT-paramedic for the ambulance service in Murphysboro and Carbondale.

In 1992 she became an EMT supervisor and then in 2000 became the director of Jackson County Ambulance Service.  She held that position until her retirement in 2014.

In 1990, she received an award for heroism from the Illinois Department of Public Health.  The award was presented for her actions in preventing a patient from jumping out of a window at St. Joseph Memorial Hospital in Murphysboro.

She also received the Illinois Rural Health Association EMS Worker of the Year in 2011.

She co-authored an article that was published in JEMS magazine about the Patient Navigator Project, a project which she innovated.  She was instrumental in effectively advocating legislative and regulatory changes that have improved the efficiency and effectiveness of EMS and subsequently enhanced the quality of life of the people of Illinois.

She served on numerous committees and boards including the Executive Board of the Illinois State Ambulance Association, the Illinois Department of Public Health EMT-Exam Committee because of her superior familiarity with IDPH rules and regulations, Region 5, EMS Advisory Committee, WPS Medicare Provider Education/Training Committee; served as secretary for the Jackson County 911 Board; and served as an EMT instructor for John A. Logan College and Shawnee Community College by teaching EMT and first responder classes on site in rural areas of Southern Illinois.

She assisted the County Third Party Administrator (TPA) in administering Workers Compensation for over 480 employees.

When not working in EMS and making a huge impact on society, Mrs. Miles served as president of the Mississippi River Museum and Interpretive Centre in Grand Tower. She also enjoyed Saluki athletics, especially basketball.

After 35 years of service, Mrs. Miles retired from the Jackson County Ambulance Service as director from a profession she loved.  She truly was one of a kind, and touched so many lives in positive ways.

Memorials can be made to Hospice of Southern Illinois.

Meredith Funeral Home, Carbondale was in charge of arrangements. To leave a story or memory of Mrs. Miles, visit, www.meredithfh.com.