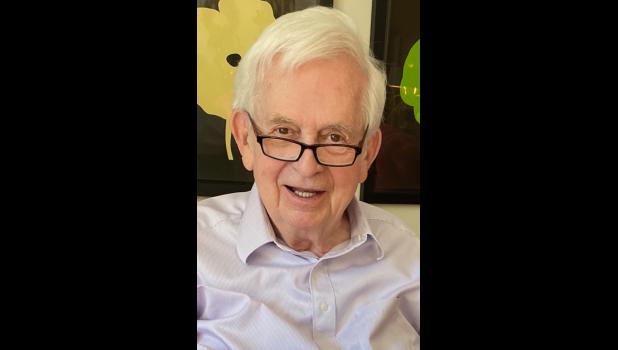 Don Michel, entrepreneur, dies at age of 88 in Dallas

Donald C. Michel was devoted to family and community, weaving them creatively into his work and everyday life.  Throughout a long life and career, he strove to love others and build a life of connectivity.

Don died peacefully on January 25th of natural causes with his two children by his side in Dallas.

Born at home on his family farm in Taylorville, Illinois, Don graduated from the one-room Friendship School at age 15 and entered college at Millikin University in Decatur, Illinois. He excelled at piano performance and met his wife Marian Burd with whom he spent 65 years, until her death seven years ago.

Michel served in the U.S. Navy as an engineer and then settled in Anna, Illinois, where he went to work at WRAJ, eventually buying the station.

Don was eating lunch at home on November 22, 1963, when news of Kennedy’s assassination broke. He raced back to his station and called the Dallas Police Department, where he was able to obtain one of the first interviews with the officer who arrested Lee Harvey Oswald. Michel has been an avid researcher about the Kennedy years since that experience.

Michel’s daughter, Jane McGarry, caught the news bug from her father and he involved her in the family business. She went on to become a long-time television journalist with KXAS and WFAA in Dallas.

After 25 years in the radio business, Michel was looking for another challenge. He teamed up with two family members and started a clay business, Absorbent Clay Products, which became a leading national producer of private-label cat litter. Here, again, the business was a family affair. Michel’s son, David, internalized the entrepreneurial lessons that he has used to start multiple successful ventures.

During retirement, Michel imported china and tea finery from Russia that was sold in the United States through high-end retailers including Neiman Marcus and The Horchow Collection.

Michel was fortunate to find a second soul mate, Tucker Burns, on his floor in the Overlook building at CC Young. Their last big adventure was a 10-day cruise from Vancouver to Alaska in August of 2018.  Tucker died just over one year ago.

Michel is survived by his daughter, Jane Michel McGarry, of Dallas; his son and daughter-in-law, David and Deborah Michel, of Dallas; son-in-law Kevin McGarry of Dallas; and three grandchildren, John Michel, Michael McGarry and Elizabeth Michel.

A Memorial Service celebrating Don’s life will be held at 10 a.m. on Saturday, February 1st, at Highland Park United Methodist Church in Dallas.

Memorials may be made to the Methodist Children’s Home of Costa Rica at ChildrensHomeSupport.com