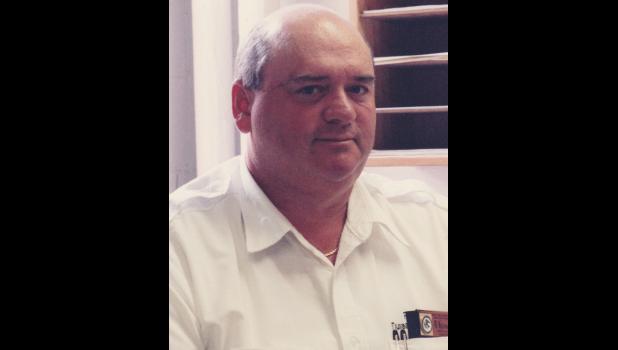 According to God’s plan, Danny Wayne Hileman, of Terre Haute, Ind., died at his home on the morning of Aug. 28, 2020, after a long, brave fight with several illnesses.

He was born at home in Grand Tower, on March 25, 1948, the son of Hazel Ellen Mainer Hileman and Carl William Hileman.

He graduated from Anna-Jonesboro Community High School in 1966 and attended Southern Illinois University. “Big Dan” began his career with the Bureau of Prisons as a correctional officer at the U.S. Penitentiary in Terre Haute, Ind., in 1977.

He received numerous awards throughout his career for superior achievement. In 2002, he was honored as the employee of the year for his outstanding performance of duties.

He concluded his career with the Bureau of Prisons as a correctional counselor and retired after 26 years of service.

Mr. Hileman had a passion for golf and loved playing the game with his penitentiary buddies, friends and others until his health no longer allowed him to play.

He was an enthusiastic Cardinals fan all of his life and enjoyed IU basketball and Colts football games.

A nature lover, he enjoyed gardening and observing the wildlife that frequented his backyard.

He also enjoyed going to theatrical productions, including Broadway musicals, and in years past, attending marching band and drum and bugle corps competitions.

He liked being a part of the Dogwood Street neighborhood and visiting with his neighborhood friends. Throughout his lifetime, he had many dog companions, and he dearly loved them all.

He was a loving and supportive bonus father to Heather throughout her walks of life, and a proud grandpa to Brady and Ian. He enjoyed visits with his grandsons and attending their sporting and school events whenever he could.

A gentle giant, Big Dan lived simply with a tender heart. He will be greatly missed. In honoring his wishes, cremation has been chosen.