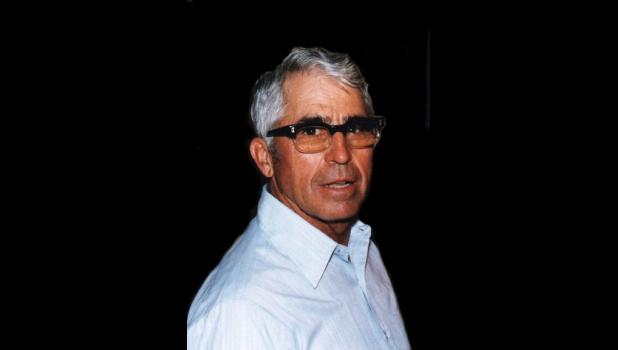 Dale E. Mowery, 92, of Tamms, died peacefully at his home, surrounded by family on Wednesday evening, May 9, 2018.

He was born on Oct. 31, 1925, at home in northern Alexander County, the son of Verno and Iola Keller Mowery.

He was the second of three children. As a child, he walked to the two-room Dexter School and then attended Anna-Jonesboro Community High School.

He went on to graduate from Ullin High School, where he transferred due to gas rationing during World War II.

They made their home on Valley View Farm, where he was born, in a home they built, in 1953 before welcoming their only daughter, Joyce. Married almost 70 years, their strong and faithful bond was apparent to all who knew the couple.

Mr. Mowery was a lifelong farmer who perfected his craft alongside his father and brother from an early age. He partnered with his brother in the dairy business before moving to a cattle and grain operation in the 1980s.

As a farmer, his guiding philosophy was to: “Leave the land in better shape than you found it.” He promoted his love of farming and care for the land by serving for 15 years as chairman of the Pulaski-Alexander Soil and Water Conservation District. He was actively involved in the Pulaski-Alexander Farm Bureau and also served on the Southern FS Board.

Mr. Mowery was named as a Master Farmer in 1984 by Prairie Farmer magazine in recognition of his community service and innovative conservation practices.

Faith was an important part of Mr. Mowery’s life, and he was a dedicated member of his church. In addition to being in attendance every Sunday, he also served as treasurer and a trustee at Beech Grove.  When Beech Grove merged with another church, he joined with local community leaders to raise money to build a new facility for the congregation. He then volunteered his time and labor to build Cross Road United Methodist Church in Ullin.

Honor, integrity and being of service were values Mr. Mowery lived his life by. He was known as a man of his word. In times of need, both family and community knew he could be counted on for help. It was important to him that these values were passed along to his great-grandchildren and future generations. Over the years the family has been told many times that if Dale Mowery gave you his word, you could rest assured knowing he would follow through.

Survivors include his wife, Suella of Tamms; a daughter, Joyce Crews and husband Mike of Jonesboro; a sister Laverne Anderson of Fulton, Mo.; a granddaughter, Jordan Edmonds, and husband Tyler of Anna; a grandson, Matthew Smith of Tamms; great-grandchildren Trevor Smith, Adeline Edmonds and Graydon Edmonds; and many close nieces, nephews and cousins who were dear to his heart.

He was preceded in death by his parents and by his brother, Welden Mowery of Tamms.

A service was held at Cross Road United Methodist Church in Ullin on Sunday, May 13, at 3 p.m., with the Rev. Alan Milligan officiating. Interment will be private at a later time at St. John’s Cemetery near Dongola.

Memorials can be made to Cross Road United Methodist Church or to Hospice of Southern Illinois.