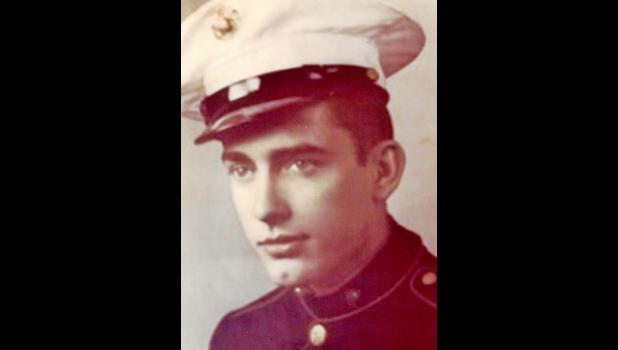 As a young boy, Bill grew up in several towns as his father worked for a company that required him to move his family often.

He graduated from Rock Island High School in 1943 and immediately joined the U.S. Marine Corps to proudly fight for his country in World War II.  Bill served in the military for eight years, ending his career in the Air Force toward the beginning of the Korean War.

After completing his military service, Bill built a career in sales, spending many years in the insurance business.

Bill loved life and lived it to the fullest. He was an active member of St. Mary’s Catholic Church in Anna, singing in the choir, serving as Eucharistic Minister, and was the initial Grand Knight of the Union County Knights of Columbus.

He and Mary Ann loved to travel and started a small business “Mary Ann’s Beans” that they presented at craft shows throughout the region.

His hobbies included golf, duck hunting and fishing.  He served on the Union County Country Club Board of Directors and helped create 17 chapters of Ducks Unlimited.

Bill loved animals, especially dogs, and supported PAWS and other animal shelters in the region.

Those who knew Bill enjoyed hearing his jokes and limericks. Titles that Bill had over the years included Santa Claus, Easter Bunny, Family Ear Piercer, Family Drivers Ed Teacher and “Something Blue” dressed in his military uniform for a niece’s wedding.

He was a passionate Cardinals’ fan and enjoyed watching every game on TV.

At the Illinois Veterans Home he took it as his mission to inspire and support his fellow comrades. On Oct. 1, 2019, Bill thoroughly enjoyed going on the Honor Flight to Washington, D.C.

Besides his parents and his wife, Bill was preceded in death by his sister, Jo Schmulbach; a daughter, Susan Eblen; and a granddaughter, Annette Marie Eblen Smith.

The Rosary was prayed at 7 p.m. Friday, Dec. 27, at Rendleman & Hileman Funeral Home in Anna.

Interment was in the Anna City Cemetery, with military honors accorded by the VFW’s  Carroll P. Foster Post No. 3455 of Anna and the Illinois Honor Guard.

Memorials be made to St. Mary’s Church, PAWS or to St. Jude Children’s Research Hospital.

To view the obituary or to leave online condolences for the family, visit www.rendlemanhilemanfh.com.

Rendleman & Hileman Funeral Home in Anna was in charge of the arrangements.