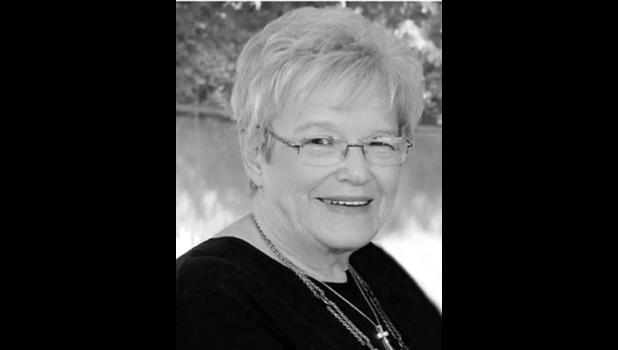 She was born on Sept. 10, 1940, the daughter of Harold and Kathryn Hiatt Stover, in Bluford.

On Sept. 17, 1960, she married the love of her life, Maurice Lee “Woody” Woodworth, in the parsonage of the United Brethren Church in Bluford.

Barbara was a 1958 graduate of Bluford High School. After graduating from beauty school, she worked at the Bon Ton Beauty Salon. Later in life, she worked at Comprehensive Services until she started her “retirement job” at Drury Inn and worked there until 2012.

Barbara loved her family. She enjoyed taking care of them and fixing them meals as often as she could. She was devoted to reading her Bible and loved attending the Bluford Church of God with her church family.

Barbara also took pride in keeping up her flowers and feeding her hummingbirds. Her family said she has been a wonderful wife, mother, grandmother, sister, aunt, niece, cousin and friend to many and will be missed every single day.

She was preceded in death by her parents; an infant sister, Loretta Kay Stover; a grandson, Branden Braddock; her father and mother-in-law, Albert and Julia Woodworth; and a brother-in-law, Charlie Woodworth.

Visitation will be Thursday, today, from 10 a.m. until 1 p.m. at Hughey Funeral Home in Mount Vernon. A Celebration of Life Service will follow at 1 p.m. Per Barbara’s wishes, she will be cremated.

Memorials can be made to the Bluford Church of God.