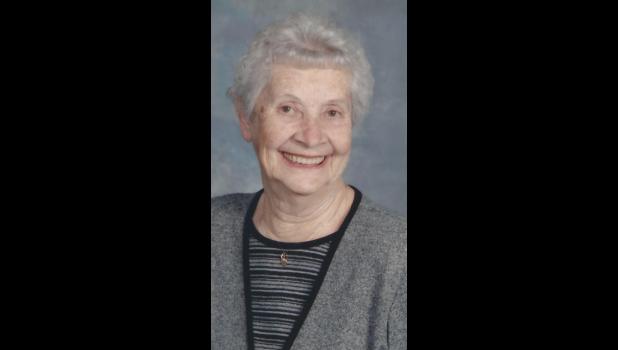 Audrey Lois Canupp, 94, died Sunday, Sept. 27, 2020, at Union County Hospital Long Term Care, with her daughter by her side.

Mrs. Canupp was born in Johnson County, on Aug. 15, 1926, the daughter of Bluford and Nonnie Mathis Allbritten.

She was elected as Worthy Matron “many times” and was an honorary member of Lily Valley Chapter No. 85 in Metropolis and Banner Chapter No. 614 in Ganntown.

She was a member of the United Methodist Church of Cypress.

In the 1950s, Audrey worked at the Williams Variety Store, also known as “The Dime Store,” in Vienna.

She spent many years washing and ironing for Green Implement in Cypress. She was a 4-H leader and Avon representative.

In 2001, Mrs. Canupp moved to Anna-Jonesboro to be closer to family, where she enjoyed being a greeter at the Jonesboro Grade School and a volunteer at the Union County Hospital gift shop. She loved being a member of the Senior Circle and had many great adventures on bus tours with her friends.

She will forever be remembered for her endless love towards her family and her big bright smile.

As a two-time breast cancer survivor, she asked that memorials be made out to the Heather Harper Treat Foundation, which has provided support to 895 cancer patients since its inception in 1994, her husband being one of the recipients.

Funeral services will be held at 11 a.m. on Thursday, Oct. 1, at Bailey Funeral Home in Vienna. Pastor David Fischler will officiate. Burial will be in the Cypress Cemetery.

To share a memory of Audrey or to leave an online message of condolence for her family, visit www.baileyfh.com.