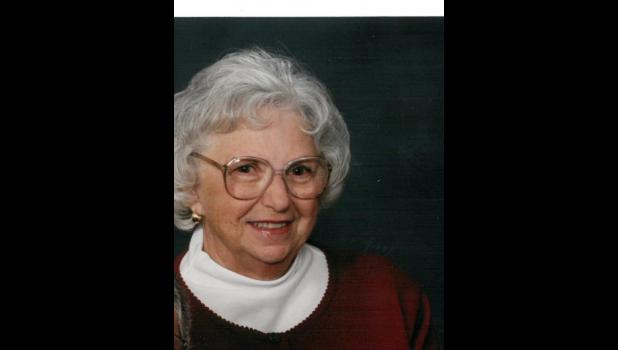 Mrs. Hinkle was born and raised in Dongola, the daughter of Ben and Clossie Coffman Morgan.

She was a bookkeeper, and after marrying and moving to Kentucky, a talented and dedicated homemaker with a lifetime of adventure.

She was a devoted member of Central Church of Christ in Paducah, where she served diligently in various ministries over the years.

She was a tireless worker and cheerful servant who built a long and successful life around her family, her church and her Lord and Savior Jesus Christ.

She leaves behind a legacy of hundreds of friends who greatly appreciated and respected her devotion, her humility, her talents, her work ethic, her refusal to complain, her keen sense of humor and her uncanny ability to continually think of others before herself.

She loved her church work, Bible study, providing for her family and friends, and especially traveling the world with her handsome sweetheart. She was the loving rock to so many.

She was preceded in death by her husband of 59 years, Richard Hinkle; also her parents; a brother, Irvin Morgan; and two sisters, Wanda Morgan and Betty Adams Barnett.

Morrow Funeral Chapel was in charge of arrangements.