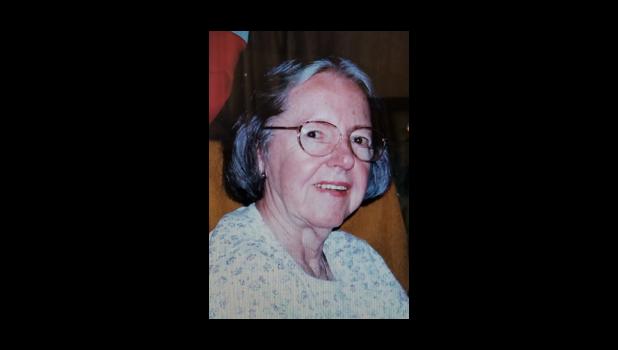 She was born on June 15, 1928, in Chicago, the daughter of Joseph Naujalis and Helen Preskus Naujalis.

She worked for a number of years at the Dewey Center on the Southern Illinois University campus, and later worked at the Carbondale Public Library.

She was a supporter of the Murphysboro Food Pantry, and was able to be a major contributor towards a matching grant that provided the pantry with a walk-in cooler.

For the last three years of her life, she lived at Prairie Living at Chautauqua, where she received the support she needed to continue to live as independently as possible.

She is survived by many that Evert and she called their “surrogate kids,” especially Terry and Laurie Swanson Suhre, as well as Mitch, Cheryl, Vince, Duff and Wally.

Other special friends included Perry and Susan Patterson, Lisa Colby and her husband Loren Cocking, Jan Sundberg, Margie Coleman, Sylvia Greenfield, George Cruzat, Alex and Bev Popov, and the members of the Centering Prayer group in which she participated for many years: Tary Harms, Luca Cruzat and Fran Paskert.

These and many other friends over the years were inspired and strengthened by her serene, intelligent and loving presence in their lives.

According to her wishes, her body will be cremated. Rendleman & Hileman Funeral Home in Anna is in charge of arrangements.

A memorial celebration of her life is being planned.