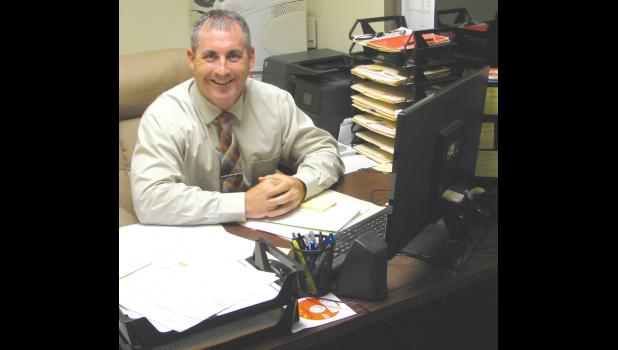 Bryan Watkins has been named as the Anna Police Department’s new assistant chief of police.

The appointment was approved at last week’s regular meeting of the Anna City Council.

The meeting was Tuesday evening, July 5, at Anna City Hall. Watkins’ appointment to the post was effective July 10.

Watkins, of Jonesboro, is beginning his 19th year of service with the Anna Police Department.

He has been serving as an investigator with the department for just over two years. He will continue to perform those duties.

Watkins started with the department as a patrol officer.

He has had thousands of hours of training during his career in law enforcement.

He earned a certificate for transformation to leadership in effective police supervision from the Illinois Law Enforcement Training and Standards Board Executive Institute.

He also is trained in other fields of law enforcement, including as a juvenile officer, as a basic crime scene collection technician, as an Illinois lead homicide investigator and in clandestine meth lab dismantlement.

Watkins is a member of the Southern Illinois Death Investigation Task Force.

Mike Hunter is the chief of the Anna Police Department. The department has five full-time patrol officers.