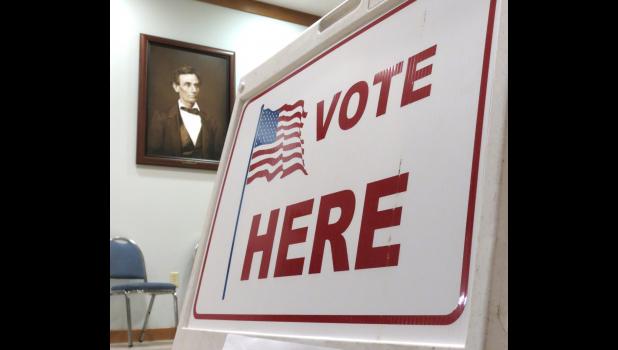 Nearly 70 percent of Union County’s eligible registered voters went to the polls on Election Day 2020, which was Tuesday, Nov. 3.

The 2020 election took place amid the ongoing coronavirus/COVID-19 pandemic.

Union County Clerk Lance Meisenheimer said he was pleased with how smoothly the election went.

“Everything went well,” he said in a telephone interview this week.

Republican Party candidates did well in races at the county level.

Republican challenger Keri Clark edged incumbent Democrat Tiffany Busby by a margin of 4,600 to 4,200 in the race for Union County circuit clerk.

In the race for a six-year term on the Union County Board of Commissioners, Republican Darryl G. Harvell defeated incumbent Democrat Bobby Toler Jr. Harvell received 5,253 votes to Toler’s 3,478.

The winners in last week’s Union County races are scheduled to take office on Tuesday, Dec. 1.

Meisenheimer reported that a total of 2,722 early votes were cast in Union County. A total of 1,323 mail-in votes were recorded.

Both the number of early votes and mail-in votes, as well as the total number of voters who went to the polls, appear to be recent records for a Union County election, the clerk noted.

Meisenheimer voiced his appreciation to all of those who helped in any way to contribute to the successful outcome seen in Union County’s 2020 election process.

Those who helped to ensure the success of the election process included his staff, election judges, the City of Anna, local law enforcement personnel and others.

The county clerk also voiced his appreciation to ES&S, the company which provides computer software utilized in the tabulation of election results.

“I’m really, really proud of the system we are using,” he said.

With the 2020 election in the books, the county clerk’s office now looks forward to the local elections which are scheduled in 2021. 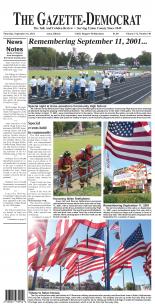