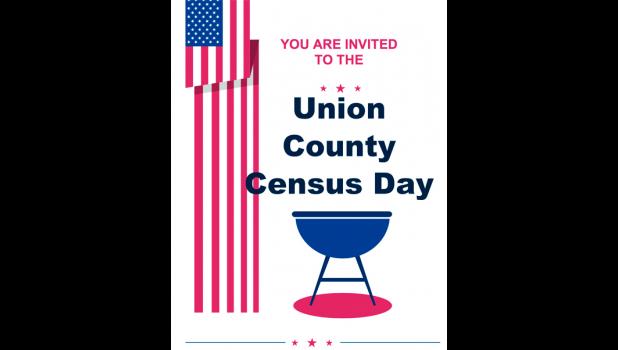 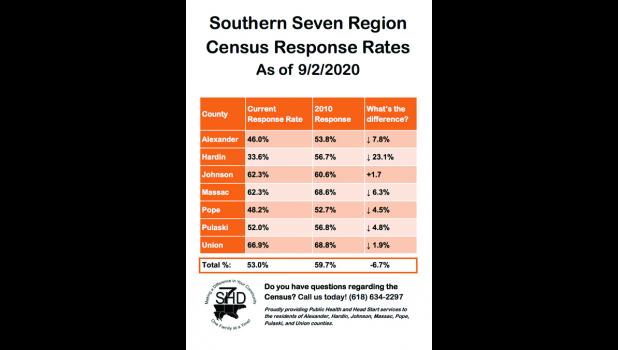 A Sept. 30 deadline to respond to the 2020 nationwide census is fast approaching.

Local officials have been working to promote participation in the 2020 census in the Southern Illinois counties which it serves.

Southern Seven Health Department noted that for each person who does not return their census, the region will lose more than $10,000 over the next 10 years.

Activities are planned at locations throughout Union County in an effort to help area residents to fill out their 2020 census forms.

Initially, a single Census Day event had been planned in Anna.

Organizers now report that pop-up events are scheduled throughout the county.

The schedule for the pop-up events includes:

Two representatives of the Census Bureau plan to visit each town. Tables will be set up, with assistance available in completing and submitting the 2020 census response form.

Census Day activities are scheduled to culminate from 2 p.m. to 6 p.m. on the front lawn at Stinson Memorial Library. The library is located at 409 S. Main St.

The free event will be sponsored by the City of Anna and Union County, and will be supported by the Illinois Migrant Council, the Village of Cobden, the Village of Dongola, the City of Jonesboro, the Shawnee Mass Transit District, Southern Seven Health Department and  the Southern Five Regional Planning Commission.

Shawnee Mass Transit District has partnered with Union County Census Day organizers to offer free rides to and from the event within the county. Rides can be scheduled by calling 1-866-577-6278.

Organizers note that there will be several computers available at the event that  can be used for submitting the 2020 census electronically.

Questions about the census can be answered. Assistance in filling out the census will be provided. A Spanish translator is scheduled to be present.

Union County Census Day will feature free food, giveaways, prizes every hour, fliers and information, along with a chance to win a $50 gift card, a new Chromebook and several other prizes.