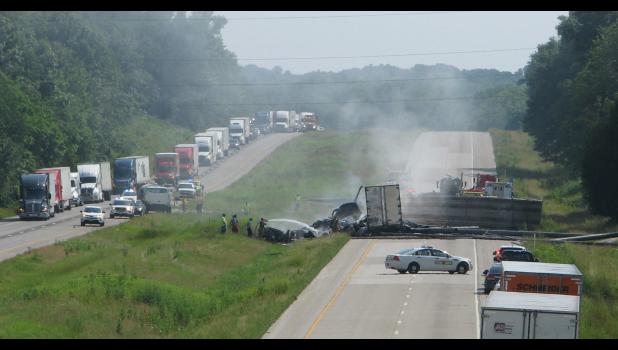 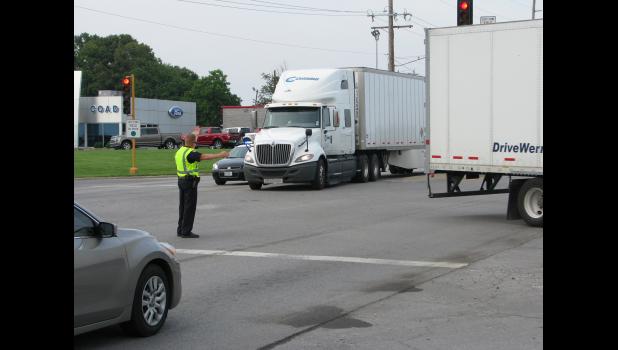 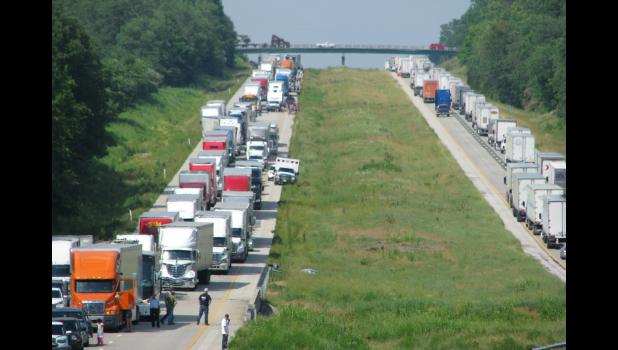 One person sustained fatal injuries in a three-vehicle traffic accident which occurred Thursday afternoon, June 14, on Interstate 57 in Union County.

Illinois State Police District 22 at Ullin reported that the accident happened at approximately 2:20 p.m. at mile post 33 on the southbound lane of Interstate 57 in Union County.

The Volvo was reported to have been traveling north bound at mile post 33. The 2007 Freightliner was attempting to make a left (west) turn into the center median turnaround.

The Volvo struck the left rear of the 2007 Freightliner. The Volvo then traveled through the center median into the south bound lanes, striking the 2015 Freightliner head on.

State police reported that the driver of the Volvo died at the scene. The driver was identified as Lester C. Barr, 60.

The driver of the 2015 Freightliner sustained minor injuries and transported by the Union County Ambulance Service to Union  County Hospital in Anna for treatment.

Multiple emergency services agencies responded to the scene of the accident, which involved a fire.

The Anna, Cobden and Dongola fire departments responded to the scene.

The Anna Fire Department ended up making two runs to the scene of the accident. The department's personnel were at the scene for a total of about nine hours.

Smoke from the scene of the accident could be seen for miles.

The Illinois State Police reported at about 3 p.m. on June 14 that the south bound lanes of I-57 had been closed as a result of the crash. Motorists were being encouraged to avoid the area or to find an alternate route.

The interstate remained closed until about 6 a.m. on Friday morning, June 15.