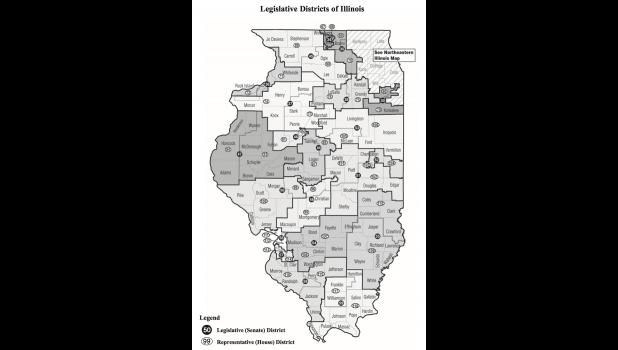 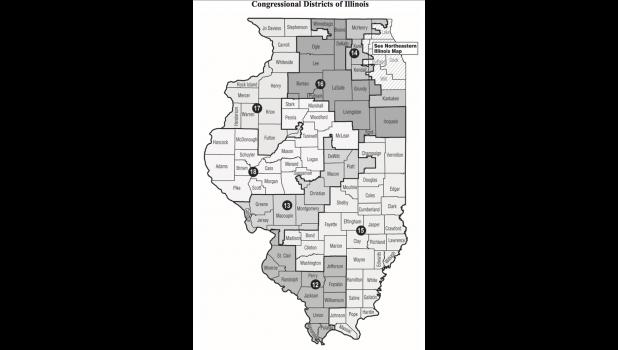 Fri, 02/21/2020 - 6:02pm admin
Lawmakers want constitutional amendment on November ballot
“As a sprawling federal corruption investigation continues, we should start to end corruption by ending gerrymandering where it begins when maps are drawn,” Madeleine Doubek, the group’s executive director, said. “Politicians picking their voters clearly is the epitome of a conflict of interest.”

SPRINGFIELD – A bipartisan coalition of state lawmakers and advocacy groups announced an effort in both chambers Thursday, Feb. 13, to overhaul the way Illinois’ legislative districts are drawn.

Legislators from Chicago, its suburbs and downstate are backing a state constitutional amendment, twin measures in the Senate and House, shifting district mapmaking power from politicians to a 17-person commission whose members would be representative of state demographics.

In three news events across Illinois on Feb. 13, backers of the plan said the measure they call the “Fair Maps Amendment,” more than any of the other redistricting reform proposals, is “comprehensive,” “equitable, transparent, representative, and provides meaningful participation.”

The amendment is backed by the same group that attempted to reform the redistricting process in the past three elections, CHANGE Illinois, the Coalition for Honest and New Government Ethics.

“As a sprawling federal corruption investigation continues, we should start to end corruption by ending gerrymandering where it begins when maps are drawn,” Madeleine Doubek, the group’s executive director, said. “Politicians picking their voters clearly is the epitome of a conflict of interest.”

Hawthorn Woods Republican Sen. Dan McConchie, who spoke at a news conference in Chicago, said “this is the place we need to start” to “root out corruption” in Illinois.

Currently, the legislature is responsible for drawing Illinois’ legislative and congressional maps, with a party holding both chambers, like the Democrats currently do, having outsized control.

Maps are drawn after the U.S. Census every decade, and the Illinois Constitution requires districts to be “compact, contiguous and substantially equal in population.”

If lawmakers do not agree on maps, a group is formed with four legislators from each party and a ninth that is chosen randomly by the secretary of state from two candidates put forward by the state Supreme Court. That backup scenario is unlikely with the current makeup of the legislature, however, as Democrats have supermajorities in both chambers.

Under the coalition’s proposal, 17 commission members would be appointed by the Illinois Supreme Court: seven registered Democrats, seven registered Republicans and three with different or no party affiliation. Each congressional district can have only one commissioner.

Members of the public would be able to comment on any commission proposal, and could submit their own district maps. The commission would have to look at all submissions.

Doubek said this proposal is a revised version of an amendment submitted by CHANGE Illinois over the past two years, and “does a lot to improve equity, transparency and accountability.”

The current amendment includes prisoners in population counts and redefines the requirements about who can serve on the commission.

People ineligible for the commission include: lobbyists; persons appointed, running for or elected to a position with the state, federal, or local government; a paid consultant or campaign representative of a political candidate or political action committee; an individual with an ownership interest in an entity with a state, local or federal contract; and appointed or elected officials of a political party.

Persons must not have held those positions in the past five years, and people working for them and their immediate families are ineligible as well.

The resolutions also attempt to ensure minority communities are able to elect a candidate of their choosing.

“If there is a neighborhood or community that has a strong minority base but maybe not enough to control the outcome of the election,” Doubek said, “they need to be kept together so they can have as much influence as possible on choosing who represents them.”

Both chambers of the legislature need to approve a constitutional amendment by a three-fifths majority before it can go to voters. That effectively sets the deadline as Sunday, May 3, because six months must pass before an amendment can appear on the general election ballot.

“Our chances are better than they have ever been,” Doubek said.

A poll last year by Southern Illinois University found 67 percent of Illinoisans want district maps created by an independent commission rather than the legislature.

A spokesperson for Senate President Don Harmon, a Democrat, said, “The Senate president has a history of working for redistricting reform and looks forward to reviewing this proposal.”

Doubek said Terra Costa Howard, D-Glen Ellyn, who is the House sponsor of the amendment, had “a healthy exchange of ideas” with Democratic House Speaker Michael Madigan.

And when Democratic Gov. JB Pritzker was running for office, he pledged to veto any “unfair” map sent to him by the General Assembly.

Republican Rep. Ryan Spain, from Peoria, said he has supported former versions of CHANGE Illinois’ redistricting amendments in the past two years.

“With everything that’s happening in the General Assembly, with federal investigators swirling around us, with confidence in our government at an all-time low and corruption at an all-time high, a Fair Maps initiative is an essential ingredient to fixing those issues,” he said.

The Fair Maps Amendment shares many similarities with California’s 14-member citizen commission that drew the state’s current maps after the 2010 census.

Michigan voters passed a constitutional amendment in 2018 to create an independent commission of 13 citizens to draw political maps.

Iowa has a similar citizen-run commission, while Missouri’s system consists of a commission from each legislative chamber made up of equal numbers of Democrats and Republicans.

“While Illinois is behind on this topic, we are not operating in isolation and I think it’s important to look at other states,” Spain said. “It would be really disappointing with everything else that’s going on in Illinois if we can’t do the same.”

A 2014 analysis by the Washington Post named Illinois’ 4th Congressional District, consisting of western Chicago suburbs such as Cicero and Brookfield, among the 10 most gerrymandered in the country.

The district, which elected Democratic U.S. Rep. Jesús “Chuy” García in 2018 by a 73-point margin, resembles a pair of earmuffs. The two sides of the district are connected by a narrow patch of grass under Interstate 290.