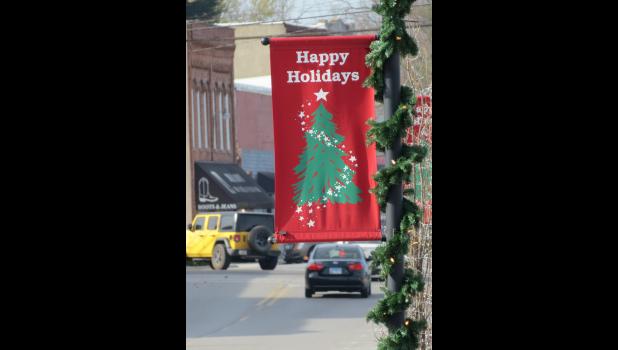 The Christmas holiday season is set to kick off this weekend in the City of Anna.

•A drive-thru Christmas dropoff to help support the local Pay It Forward program.

The Gumdrop Drive holiday lights route will feature holiday lights and decorations along South Main and Davie streets in Anna, as well as Herman Wright Drive at the Anna City Park.

Sponsorships have been sold for light poles and trees to be decorated.

The sponsorships have proven to be successful – city officials reported a sell out for trees for Gumdrop Drive.

The parade will give the community a chance to support the local Pay It Forward program. The program provides Christmas presents for children in need.

The parade made its debut last year in downtown Anna. This year, the event will be a little bit different.

Community members are invited to drive thru and drop off unwrapped Christmas gifts at the Anna Fire Station between 5:30 p.m. and 6:15 p.m. on Saturday.

The fire station is located along Market Street, next to Anna City Hall.

Those who stop by will see Anna Fire Department trucks decorated for the season. Music will be played. Santa, his elves and other special guests are scheduled to be on hand. Candy canes will be given to children.

At 6:30 p.m., Christmas trees at the Anna City Park will be lit for the holiday season.

Then the evening's activities will feature a short fireworks display presented by Brad Dawson.

He has presented Independence Day fireworks at the Anna City Park for several years.