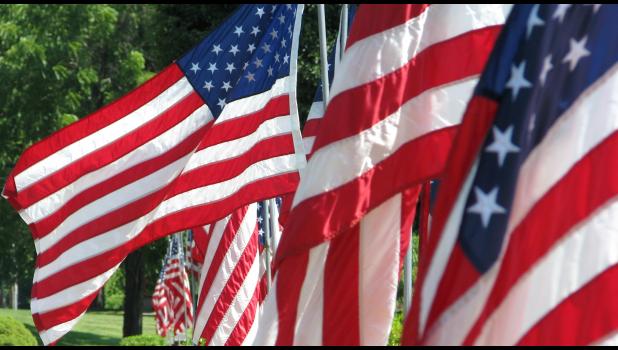 On July 4, 1776, the Continental Congress approved the Declaration of Independence, setting the 13 colonies on the road to freedom as a sovereign nation.

This most American of holidays will be marked with typical festivities ranging from fireworks, parades and concerts to more casual family gatherings and barbecues across the country.

A number of Independence Day celebrations, including fireworks displays, are planned throughout the region.

As the nation celebrates this Independence Day, Americans reflect on how the Founding Fathers enshrined the importance of statistics in the Constitution as a vital tool for measuring the nation’s people, places and economy.

In commemoration of Independence Day, the U.S. Census Bureau “Facts for Features” about the holiday and the nation.

In July 1776, the estimated number of people living in the newly independent nation was 2.5 million. The nation’s estimated population on July 4, 2016, was 323.1 million people.

The Declaration of Independence was signed by 56 men.

Jefferson, regarded as the strongest and most eloquent writer, wrote most of the document.

The Census Bureau also noted that:

John Hancock, president of the Second Continental Congress, was the first signer, and a merchant by trade.

In 2015, there were 7.7 million business establishments with paid employees in the United States; 1.1 million, like Hancock, were in the retail trade industry.

Benjamin Franklin, who represented Pennsylvania, was the oldest of the signers at age 70. Edward Rutledge, of South Carolina, was the youngest at age 26.

Both Adams and Jefferson died on the 50th anniversary of signing the declaration (July 4, 1826).

Robert Livingston, who represented New York, was on the Committee of Five that drafted the Declaration of Independence but was recalled by his state before he could sign it.

Charles Carroll, who represented Maryland, was the last surviving signer of the declaration. He died in 1832 at the age of 95.