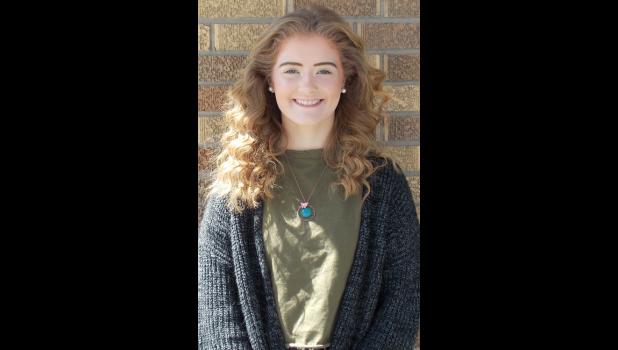 A local substitute teacher has been getting nation-wide attention after her quick actions potentially saved the life of a student.

During lunch period at Anna School District No. 37 on Thursday, Feb. 17, substitute teacher Sadie Carwyle noticed a student in distress.

“Ryan stood up and approached me, and I automatically knew something must be wrong because everyone sits down during lunch,” said Carwyle.

Student Ryan Buckner had begun to choke when part of his lunch got lodged in his throat. Buckner communicated his distress to Carwyle, who immediately went into action, aided by her CPR training.

“He alerted to me that he was choking,” said Carwyle. “The color on his face was changing.  So I began doing the Heimlich.”

Carwyle was able to dislodge the blockage from his airway with eight abdominal thrusts.

With the danger averted and the color returning to Buckner’s face, both he and Carwyle were able to breathe a sigh of relief.

“We both got pretty emotional, because he was alive, and everything was going to be okay.”

Carwyle’s heroics were met with applause from the students who witnessed the incident.

But the positive recognition continued beyond the cafeteria, with Carwyle being named an “Unsung Hero” by WSIL TV and also being featured on syndicated national news program “Inside Edition.”

“It just blew up, all these news stations started airing it,” said Carwyle. “I have a cousin up in Boston who called to tell me she saw me on TV.”

Carwyle learned the Heimlich maneuver through a CNA course she took through Shawnee Community College. But for Sadie, knowing what to do in a crisis is something of a family tradition.

“Growing up with my mom being a nurse who worked in the ER for several years, and my stepdad being an EMT and a police officer, I’ve always been taught that you have to act in emergency situations.”