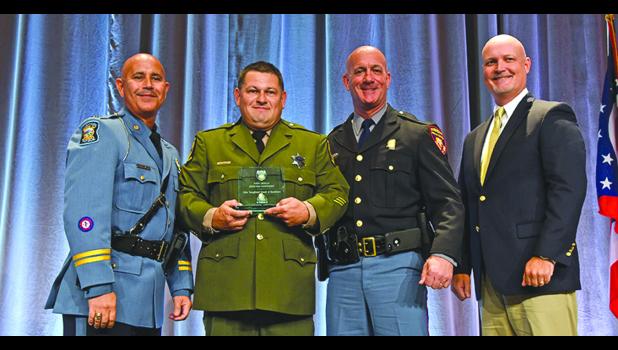 The purpose of the championship is to test, recognize and award commercial motor vehicle inspectors’ excellence.

Each jurisdiction is invited to send its best inspector to compete against other top inspectors from jurisdictions all across North America.

The NAIC was held Aug. 14-18 in Columbus, Ohio, and had 52 commercial motor vehicle inspectors representing jurisdictions from throughout North America.

While attending the competition, contestants were asked to vote on the John Youngblood Award of Excellence.

The John Youngblood Award of Excellence is an honor NAIC contestants bestow upon a fellow NAIC inspector who exemplifies the high standards and unwavering dedication to the profession.

This year, the contestants voted to present the award to Trooper Matthew Johnson of llinois State Police District 22.

Trooper Johnson is a 20-year veteran of the Illinois State Police. Johnson has been a commercial motor vehicle officer in District 22 for the past eight and a half years.