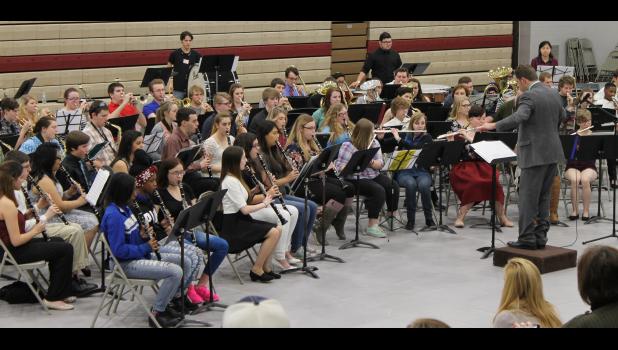 The students performed “Can’t Stop the Feeling,” “Michael Jackson Hit Mix,” “On A Hymnsong of Philip Bliss and “The Blues Brothers Revue.”

The students were also joined by Shawnee College band members.

Students who performed in the band are named by their school: